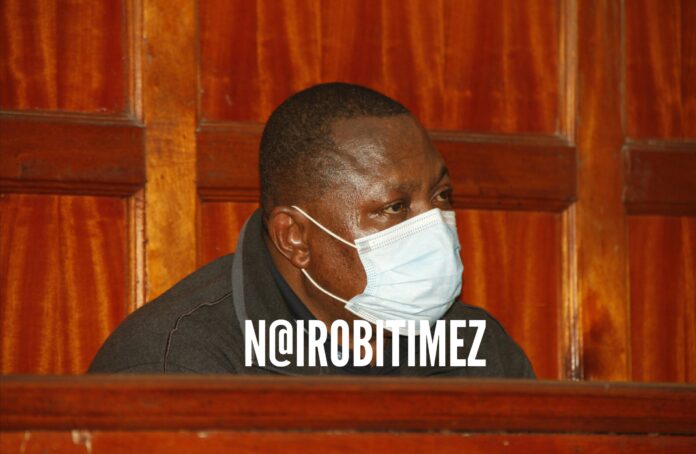 A Nigerian national arrested in Kilimani in Nairobi over allegations of obtaining Sh17.6 million in fake gold scam has been presented before a Milimani court.

Yusuf Daniel Masara alias Dr Ibrahim Sacko appeared before Milimani Senior Resident Magistrate Jane Kamau but the investigating officer asked the court to allow the police to detain him for seven days, so that they could finish investigations.

Stephen Kibe, the investigating officer attached to the Directorate of Criminal investigations urged the court to grant him one week saying he needed time to analyse documents and charge the Nigerian.

The suspect was arrested by DCI officers from Kilimani area and detained pending conclusion of investigations.

This follows a report filed that the Nigerian fraudulently obtained Sh17.6 million from an American national Elrais Ahmed Mohamed purporting to assist him to venture into buying and selling gold minerals business, across international borders.

According to the investigating officer, Ahmed was duped into transferring the money from his bank account to the accounts provided by Masara.

And after receiving the funds Masara failed to deliver the consignment of the gold as agreed and cut off communication, raising suspicion from the American.

Investigation commenced and Masara was arrested at Favour apartments within South B in Nairobi. The officer told the court that Masara refused to open the door even after detectives identified themselves. However, he was arrested two hours later after apartment management intervened.

He was arrested with two laptops, three mobile phones and assorted sim-cards were recovered.  According to preliminary investigations, the said laptops, phones and sim-cards were used to commit crimes of obtaining money through fraudulent means and online fraud.

A Mitsubishi car KCJ 607Y was also recovered but detectives say he has failed to account for ownership and the motor vehicle is being treated as proceeds of crime.

Detectives also told the court that Masara could not give a satisfactory account of his work and his source of income in the country.