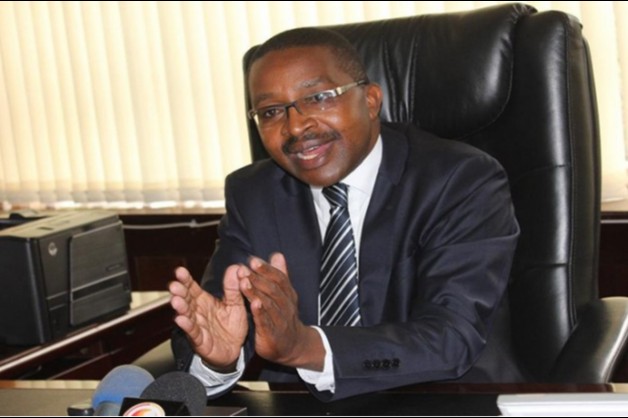 Murang’a Governor Mwangi wa Iria has pleaded with the High Court to lift orders barring him from transferring two properties suspected to have been acquired through proceeds of crime.

In reply to an application filed by Ethics and Anti-Corruption Commission (EACC) wa Iria wants the court to issue an interim order suspending the decision made January 22, 2021 pending the hearing and determination of his application.

“An order prohibiting the Respondents jointly, severally, by themselves, their agents, servants or any other persons from transferring, disposing of or in any other way dealing with properties listed below,” ruled Wakiaga.

The Commission obtained orders blocking Top Image Media consultants Ltd and Value View Ltd, companies associated with him from transferring property in Umoja Innercore known as Nairobi and another property in Nyeri.

He says EACC procured the orders through misrepresentation of facts. Wa Iria denies owning the parcels of land, adding that nothing would have been easier than the commission to annex copies of title documents or official searches on the same, as evidence to support the claims.

“The court was enjoined to confirm on a prima facie basis that the applicant is the registered owner of the suit properties before issuing the ex parte orders made in this matter and not rely on the mere averments of the applicant’s officers,” he said.

He claims that the court was misled on a material factual issues to issue the impugned ex parte orders and he is accessible to the records in the matter, statements of the parties and even official land registry records, would easily have confirmed the ownership details of the suit properties before presenting the present the application to court.

He said in the absence of any proof of his ownership thereof, then there is no basis in law for the making of the orders issued on January 22, 2021.

“Misrepresentation of material facts is a valid basis for the setting aside of ex parte orders such as in the present instance and the orders herein ought to be set aside and parties afforded forum and opportunity to make representations on the substantive matters arising in this proceedings,” he added.

He further adds that there is no basis of his involvement in the procurement of media services within the Murang’a County which is subject of the purported investigations.

He said EACC merely took the total expenditure by the county for the said services for the eight (8) year period since the inception of County Governments and which funds are paid to various media owners and establishments over the said period, and presented the same as supposedly lost funds.

According to wa Iria, there is no basis in evidence on whether the same has been laid in their application or at all.

According to Iria, procurement of media services is the function of the County’s procurement department and he has no role in the same and the present action against him is therefore misplaced and has no basis in law.

“I urge this court to make the orders sought and discharge the ex parte interim orders made on January 22, 2021″ he pleads.

In his affidavit, wa Iria denies involvement in the procurement of media services within Muranga County which is subject of the purported investigations.

“Accordingly, I verily believe that the sum of approximately Sh500 million pleaded by the anti-graft agency and now published by the media for public consumption, is intended to merely sensationalise the matter and create an impression of massive irregularities, pilferation of county funds and corruption on my part.

He claims that this is well within the average expenditure of all the other county governments within the Republic of Kenya but the same has now been framed and presented as a single payout to create an impression of irregularity and corruption so as to procure the interim orders made in this matter.

Wa Iria says payments were made to the various media owners who provided media services to the County Government from 2013 to date directly and through their agents as per industry practise and regulations and these payments are well documented and the records thereof are available to the applicant-respondent, for perusal and interrogation.

But Eacc told the court that it received a report regarding allegations of corruption, breach of procurement laws, and conflict of interest in the award of tenders by the County Government of Murang’a.

The report cited Wa Iria as having influenced the award of tenders in the said county in favor of the Top Image Media consultants Ltd, a company owned by his close associates or relatives.

“The Commission is therefore in the course of conducting investigations and has in its preliminary Investigations established that indeed there was an illegal award of media buying tenders by the County Government of Murang’a to the Top Image Media Consultants Ltd Company at a cost of Sh542,610,‪615. 15‬ between the years 2013 to 2017,” the documents state.

Further investigations allegedly revealed that the Top Image Media consultants Ltd is owned by Iria’s associates who would subsequently transfer funds received from the County Government of Murang’a to the company directly and indirectly through Value View Ltd.

It also reveals that Top Image Media has also been in direct and indirect receipt of substantial sums of money from the Top Media during the time that he has been the Governor of Murang’a County.