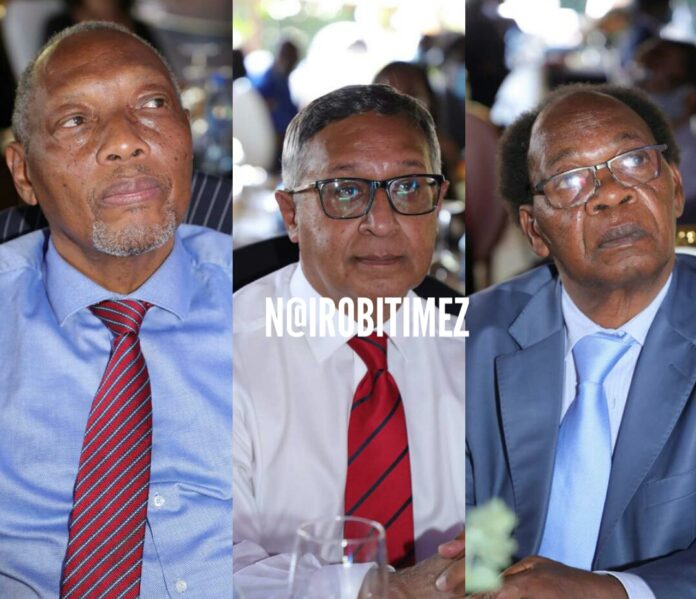 Members of the legal fraternity paid tribute to judges who retired in the past three years thanking them for the enormous contributions during their tenure.

The retired judges also thanked their former colleagues and lawyers with Justice Visram regarding the Judiciary staff as family.

“The best of it (life) has been on the bench which was literally my extended family. Courts took more of my time than the family did. Court family has varying qualities which enriched my 24-yr experience,” said the Rtd Judge.

On his part, Justice Githinji said he enjoyed working at the Court of Appeal, especially because of the practice of the court – collegiality.

” For all the judges whom I worked with, I thank you very much for your cooperation,” added Githinji.

Visram said during his time in the Judiciary, he felt that Judiciary staff and judges were among his friends and family not by blood but of common purpose.

” As I stand here today, I feel among my friends and family not by blood but of common purpose, shared ideals, about the rule of law, and of our values, and our vision for the future of our constitutional democracy,” he said.

While speaking at the event to honor retired judges, Acting Chief Justice Philomena Mwilu appreciated them personally and behalf of the entire Judiciary and legal fraternity.

She said the legal fraternity was grateful for the enormous contributions they made to the court of Appeal, the Judiciary and to the nation.

“Your leadership, your commitment to your oath as judges and to the principles of constitutionalism and rule of law, stewarded this court, the Judiciary and indeed the entire nation, towards a fairer, more just, more equitable, and manifestly democratic future for all Kenyans”- the Ag CJ said.

She added that their contributions to the court jurisprudence and development of legal theory, procedure and practice in Kenya are a valuable and a cemented legacy.

“Your wider contributions to the development of our constitutional democracy are similarly writ large in the history of our young nation.

“I have no doubt that in retirement, we can look forward to continuing to benefit from your exceptional contribution to the law, to the Judiciary and to this country” added Mwilu.

Court of Appeal president William Ouko said that Judiciary will be accorded great respect by State and citizens it assert its freedom and impartiality to decide disputes fairly.

He added that Judges will use their skills to protect the rights of individuals, bearing in mind that they are accountable to Kenyans on whose behalf they exercise judicial power.

“We are here to demonstrate to our brothers and their families how much we appreciate and acknowledge their contribution to the entire nation; to show our gratitude for the enormous contribution they have made to the development of the law and administration of justice”, said Ouko.

Attorney General Kihara Kariuki told the retired judges that in many courtrooms they have sat, their legacy will continue to live.

On his apart, Law Society of Kenya president Nelson Havi said that the combined ages of the three Judges served at the Judiciary has left over 100 years of an indelible mark in the legal history of Kenya.

“They are retired but are not tired. I wish them well as they leave the Judiciary,” added Havi. 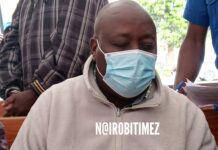