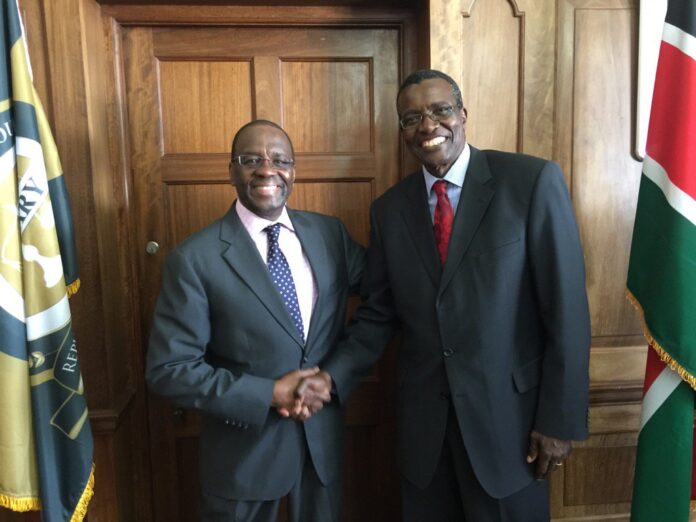 Former Chief Justice Willy Mutunga has denounced political attacks against the Judiciary and advocated for a decisive civil revolution in the country’s leadership.

The soft-spoken but hard-hitting jurist and acclaimed civil rights crusader has proclaimed; “Saa ya Mageuzi na Mapindizi imefika.” (The hour for real change and revolution is nigh)

In a series of unapologetic tweets on his personal handle, Dr Mutunga abhorred the errant behaviour of the political class when the country was facing the wrath of Covid-19. The leadership had arrogantly displayed “the stupidity of drinking from the wells of politics of division,” he exclaimed.

Dr Mutunga, who quit one year before his official retirement, recalled his political persecution that followed his successor David Maraga.

The spirited attacks from the political divide were similar in 2013 and 2017 when the Supreme Court adjudicated on the presidential election petitions.

Dr Mutunga, while chairing the seven-member bench in 2013 had upheld the victory by Jubilee Party against the Rainbow Coalition.

Conversely, in a split decision, the Maraga bench had nullified President Uhuru Kenyatta’s election and ordered a repeat poll in 2017.

The two judicial decisions by the highest court in the land still attract virulent attacks against him and Justice Maraga, the retired CJ recalled.

In 2013, Dr Mutunga recalled, the Jubilee brigade sung praises while CORD followers cried foul over the dismissal of the presidential election petition.

In another twist, the NASA antagonists congratulated the Supreme Court in 2017 while Jubilee followers spewed hatred on the decision by the bench.

“I believe this would have happened if King Solomon was the Chief Justice in 2013 and 2017,” Dr Mutunga reflected in his tweets.

The retired CJ rhetorically posed; “Now that Jubilee and NASA are in a dictatorship, how is their respective following doing?

Judges have always found themselves in trouble over various court decisions they make especially if it involves politics against Jubilee Party and NASA coalition despite the two sides benefits from various court rulings and judgement since 2013.

High Court Judge George Odunga found himself being condemned by Jubilee supporters and government officials wherever he made orders they deemed anti- government but the judge remained firm on his decisions.

On OOctober 25, 2017, Court of Appeal overturned Justice Odunga decision that finding that the electoral commission illegally appointed 290 returning officers has offered relief to the polls agency, which is faced with the question of the legality of today’s election.