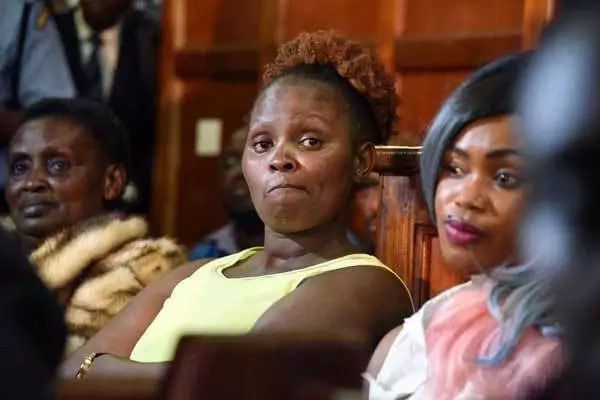 A Kitale man has moved to court to save his land saying it was wrongly listed as part of the property belonging to the Ngirita family and which was forfeited to the government last year.

The property in Waitaluk area in Kitale was declared proceeds of crime by Justice Mumbi Ngugi last year, after ruling that the Ngiritas acquired it and other parcels using money stolen from NYS.

But Martin Amwayi Obimbo says Assets Recovery Agency (ARA) listed his property wrongly because the property has never been owned by Sylvia Ajiambo Ongoro, who allegedly sold the land to Lucy Wambui Ngirita and her son Jeremiah Gichina for Sh20 million.

Through a letter addressed to Director General Asset Recovery agency, Obimbo requested the agency to remove the restriction immediately so he can put his land into proper use. He indicated he will cooperate with the investigators if they need his assistance.

“Our client has not been implicated in any wrong doing or charged with any of fence in the court of law in the relation of acquisition of the property yet the restriction remains in place to date,” he said in the letter.

Obimbo says in the court documents that his plot neighbours that of Ongoro who sold her parcel to the Ngiritas. He wants the court to temporarily suspend the decision forfeiting the land to the government.

“I had no knowledge whatsoever of the instant proceedings in this matter in respect with the forfeiture of the property owned by myself and the issue was only brought to my attention through my Advocate on record who noted the same on the Kenya Law Report site,” he said in an affidavit filed in court.

Obimbo says he purchased the plot from Nathan Nyongesa and Zipporah Kaari in August 2016 and sought approvals to construct a house from Trans Nzoia county government only to find that restrictions had been placed on the plot.

“Subsequently, I halted assembly of construction materials and started following up with the Asset and Recovery Agency on why the restriction was placed on my property. I was informed that the restriction was placed due to an ongoing investigation, after which I was requested to give them time to conclude the investigations,” he said adding that ARA never got back to him.

The land was among three others and two vehicles all about SH95 million, which were forfeited to the state last August.

Justice Ngugi ruled that the family, which received in excess of Sh400 million from NYS, failed to explain how they acquired the properties.

“From the evidence, I am satisfied that the agency has placed sufficient material before the court to require the respondents to explain the basis of the massive deposits that they received from NYS and the source of the funds from which they purchased the properties,” the Judge said.

The Judge noted that the family received multiple payments in a single day, amounts that ran into millions.

Director of Criminal Investigation George Kinoti was given 45 days to investigate the case to establish the truth.