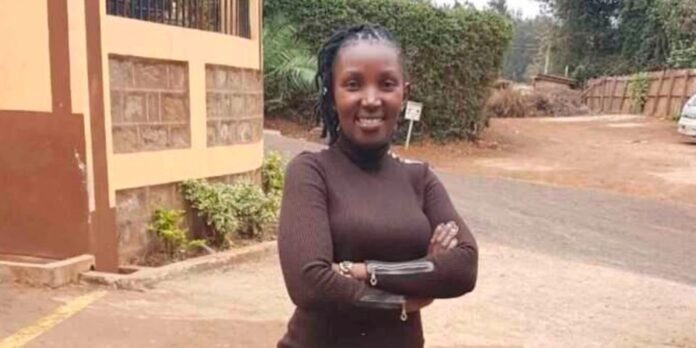 Two suspects facing charges of gluesome murder of businesswoman Caroline Wanjiku Maina have filed an application seeking to be released on bail.

Edwin Oduor Otieno and Samuel Okoth Adinda wants the High Court to release them on bond or bail terms pending the hearing of their murder trial.

Through lawyer Cliff Ombetta, Odour asked the wants the court to release him bail saying that he will abide with all conditions set by the court including availing himself to court as of when required to do so until the matter is concluded.

“The Applicant shall abide by any conditions that shall be set by this Honourable Court as pre-requisite for grant of bond,” says Oduor.

He further said he will not interfere with witnesses or any investigations should any be carried involving the case before court.

He said he has been in police custody since February 15, 2021 and all the witnesses in the case have since been put under witness protection therefore there is no threat to them.

In his application, he said he feels like he’s being punished already for an offence not determined by the Court and he may end up staying in custody indefinitely.

The application comes a days after the two denied killing Wanjiku.

They are accused that on February 12, this year within Nairobi County they jointly with others not before court murdered Caroline Wanjiku Maina.