Munyu is also accused that on May 29, 2015 being the chief executive officer of Rural Electrification Authority, he used his office his office to improperly confer a benefit of Sh50,859,549.80 to North Pride Limited by using a notification of award to the said company for installation of solar pv for lots number 231 and 308, which had not submitted a bid in respect of the said tender.

Muchira, Omusembe and Kirui are accused that on between May 12, 2015 and November 30, 2016 in Nairobi, being solar contractors’ award committee for REA, they willfully failed to comply with the procurement procedures to regulations 2006.

This is after they allocated jobs for solar installation for primary schools to North pride limited worth SH. 50,859,549.80 million a company that had not submitted a bid in respect to tender No. REA/‪2014-2015‬/PQ/010.

Court heard that between June 23,2016 and November 6,2017 in Nairobi county Abdullahi and Nav World Limited being the director of Nav World Limited fraudulently acquired the amount in the Sh 68,896,018.60 million from Rural Electrification Authority in the respect said tender in which they did not bid.

Prosecution through Eva Kanyira did not oppose their release on bail but urged the court to consider amount involved in the matter.

She also sought to have them deposit their traveling documents with the court to avoid them leaving the jurisdiction of the court during the trial.

The court also ordered them to deposit their travel passport with court and those who are still public officers were barred from accessing their offices.

The court further restrained all the accused persons from interfering with state witnesses.

Munyu, Muchira, Omusembe, Kirui, Hassan Sheikh Mohammed Diriye, Fatuma Abdi Hassan and North Pride Limited are accused that between May 30,2014 and November 6,2017 in Nairobi county they conspired to commit an offence of economic crime to wit unlawful disposal of Public property in Sh. 50,859,549.80 to North Pride limited a company that had not submitted a bid in respect to tender No.REA/‪2014-2015‬/PQ/010 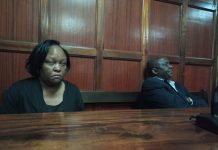 BLOW TO OCHUODHA AS COURT ALLOWS USE OF BANK TRANSACTIONS IN GRAFT CASE. 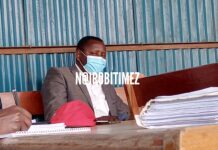 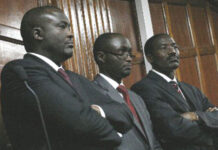