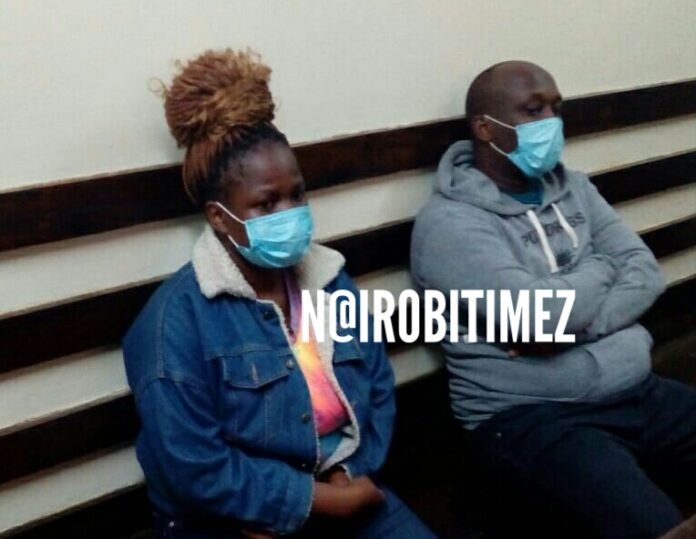 A Kibera court has ordered city contractor and a daughter of a prominent politician who are facing rape and sexual trafficking charges to remain in custody until key witnesses testify in the case.

In her ruling, the Magistrate agreed with the prosecution’s objection to release the accused persons on bail.

The magistrate said the accused were facing serious charges and if granted bond, they are likely to intimidate witnesses. The court noted that Abdullahi is a licensed gun holder.

The two are accused that on March 2 this year at South C Mugoya Estate Estate in Langata Sub-county, Abdullahi intentionally and unlawfully raped the woman whose identity has been protected.

Bwibo is accused that on the same date and place, she unlawfully and knowingly transported for the purpose of sexual exploitation by means of the deception, the rape victim.

The denied the charges.

Abdullahi is facing an alternative charge of touching the victim’s body parts intentionally without her consent.

Abdullahi is further charged with willfully and unlawfully damaging an IPhone 8 worth Sh40, 000 belonging to the victim.

It is alleged that Bwibo invited the girls for a party in South C Estate, only for them to be coerced into satisfying a male friend’s sexual needs.

The prosecution says that on the day around 2pm, the complainant received a call from her friend Bwibo who invited her together with other friends at around 4pm.

The police say the complainant received the call from the lady who requested her to take her to a certain place alongside her friends.

After some minutes they were ready and the complainant requested her to order an Uber which was to pick them up.The complainant then told them to go ahead of her because she needed to seek permission from her father.

The complainant joined them later and they proceeded to Carnivore grounds.

Bwibo then asked the complainant and her friend to take her to a place to see someone.

The person to be visited was Abdullahi and the complainant remembered how she occasionally heard Bwibo speaking to him.

She went to Coptic Hospital where she treated after the ordeal and reported the matter to the police.