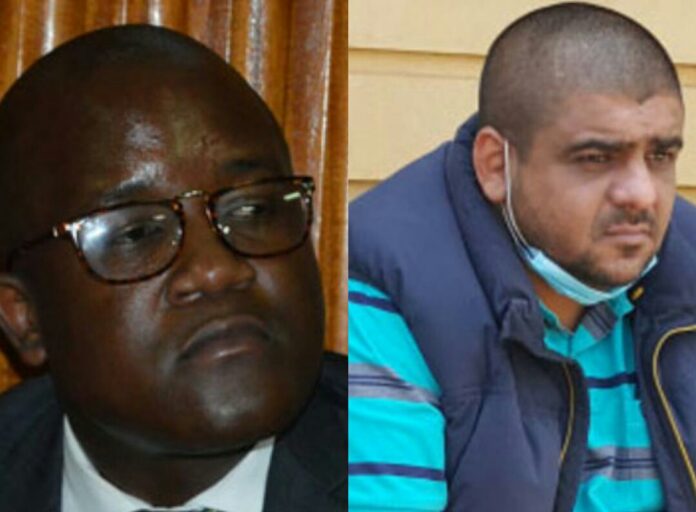 Fake gold suspect Jared Otieno and his co-accused in a Sh23 million scam have been directed to appear personally in court on Tuesday over an application by the prosecution to withdraw the case.

Milimani chief magistrate Francis Andayi directed Otieno and four others to appear without fail after Director of Public Prosecution Noordin Haji said he intends to withdraw the case.

Haji through Prosecutor Angela Fuchaka told the court that he intends to withdraw the case because he cannot reach the complainant Samir Entoro, who flew to Brazil for specialized treatment early last year.

“I have instruction from my boss Haji to withdraw this case under section 87(a) of the Criminal Procedural Code as the communication between the investigating officer, the office of the DPP and the complainant’s lawyer George Wajakhoya is futile,” said Fuchaka.

The matter has been delayed for the last one year because Entoro has been unwell. The court had been informed that doctors in Brazil advised the complainant not to travel because of his heart condition.

The move to withdraw the case under section 87(a) of the Criminal Procedure Code (CPC) means that the accused can be re-arrested and charged afresh once the complainant turns up.

It is alleged that they obtained the money from Entoro pretending they would ship to him eight kilograms of gold from Nairobi to Dubai.

The five are alleged to have committed the offences on diverse dates between May 5 and June 9, 2018 at different places in Nairobi county jointly with others not before court.