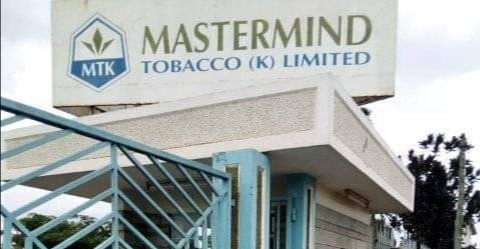 The Mastermind Tobacco limited has suffered a major blow after a tribunal upheld a decision requiring the company to remit Sh517 million of unpaid taxes to Kenya Revenue Authority KRA).

Five-member Tribunal Mahat Somane (chairperson), Wilfred Gichuki, Rose Namu, John Wangari and Timitho Chesire ruled that the manufacturer failed to prove that it actually exported 15 consignment of cigarettes to Burundi as claimed but the company engraved KRA stamps on certificate of exports at its premises in Nairobi.

KRA said it assessed the company’s VAT of Sh90 million and Excise Duty of Sh427.5 million on account of sales of cigarettes that were classified as exports, hence zero-rated. But Mastermind failed to provide proof of exports for the consignments meaning that the cigarette was dumped in the local market.

Tribunal further said that it examined the export delivery notes presented before it by the Appellant (Mastermind) and noted that in all of them the goods were received at destination on the same date of dispatch from Nairobi and before rotation at the Uganda Malaba Border.

This makes it impractical for the goods dispatched to arrive in Burundi the same day, hence affirming the Respondent’s assertion that the consignment in question in this Appeal was not exported,” the Tribunal said.

The Tribunal said it was not persuaded by the Mastermind’s claim that once the trucks were stuffed, loaded and left its premises, the goods ceased to be in its power and became the responsibility of the customer.

“We note that exportation of goods is a process which requires the Appellant to adduce evidence of documents acquired and or presented at every stage of the process; from the country of origin, to the transit state and finally at the country of destination,” the Tribunal said.

Evidence presented before the tribunal were that the police raided a premises in Busia in November 2016 and impounded 419 cartons of Supermatch cigarettes for export at a suspect’s residence.

KRA was notified and it commenced investigations to establishing whether the cigarettes entered for export by the company were duly exported and not dumped in the local market.

The taxman later requested the company to produce export documents but Mastermind failed hence was slapped with the tax demand. It later contested but the Tribunal upheld KRA’s decision.