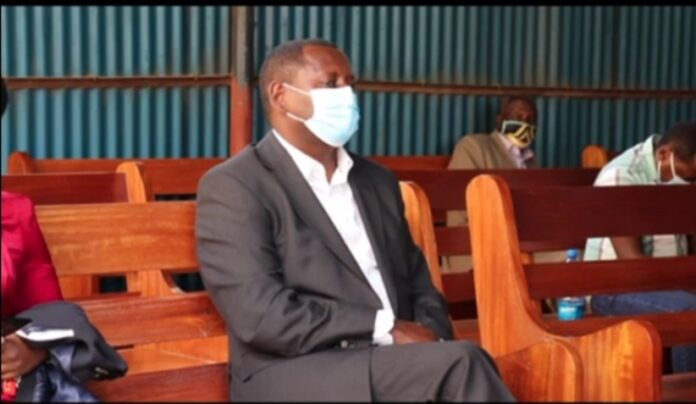 Ethics and Anti-Corruption Commission wants Samburu Governor Moses Lenolkulal to explain how he made over Sh661 million.

In the application, the anti-graft body says it is conducting further investigations into the parcels of land in Karen, his two luxury cars and money in several accounts.

The agency made the response in an application made by Lenolkulal, who moved to court to bar the anti-graft body from probing him further.

Through Investigating officer Evans Ronoh, the agency dismissed Governor Lenolkulal that they have instituted any suit against him.

“Commission has not instituted any suit under the said provision contrary to Lenolkulal’s assertion and he has merely been called upon to explain the disproportion between his assets and his known legitimate sources of income pursuant to an investigation which has established that he is in possession of unexplained wealth valued at Sh.661,253,906 million,” Ronoh said.

The investigator added that in the event he fails to satisfy the requirement of the notice, EACC is mandated to institute forfeiture proceedings of the assets deemed to be unexplained wealth.

The investigator said the application challenging the investigation into unexplained wealth is wholly misplaced and premature and ought to be dismissed.

“The fact that the Applicant had recorded a statement in any other investigation is not a bar to the Commission requiring his attendance on any other occasion in any other unrelated matter,” added Ronoh.

He told the court that suit before court is founded on an investigation into conflict of interest under Section 45 of ACECA, in which the commission investigations established that the Lenolkulal had supplied fuel amounting to approximately Sh. 80 million to the County Government of Samburu in conflict of interest through his Oryx Service Station.

“The suit is therefore for recovery of the aforesaid sum which constitutes the proceeds of corruption or corrupt conduct vis-ä-vis proceedings anticipated under section 55 of ACECA of unexplained assets,” said the commission.

Lenolkulal moved in court seeking a temporary injunction restraining the commission their agents, servants, or any other person acting under its authority from conducting any form of further investigations on his assets, bank accounts, cars or properties.

According to Governor Lenolkulal, the commission commenced investigations into the allegations of corruption and economic crimes, conflict of interest and abuse of office against him and others officials of Samburu County Government.

“In the course of the investigations, the commission obtained search warrants to investigate my four Bank accounts numbers held at Kenya Commercial Bank,” Said Lenolkulal.

He claim they investigated his Bank Account numbers held at Equity Bank and his Mpesa account was also subject of the investigations by the commission.