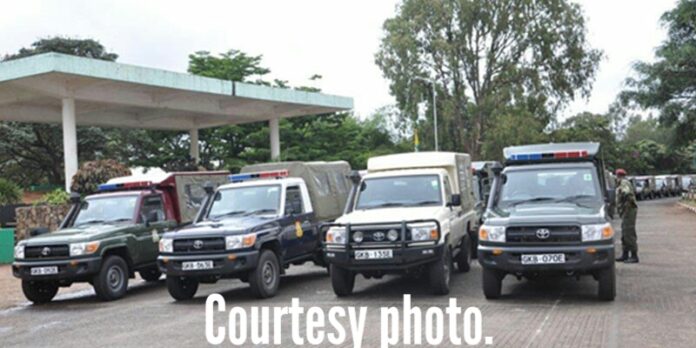 Toyota Kenya has lost a bid to be paid Sh438 million for purchase of vehicles leased to the government in an agreement entered between the company and Jubilee administration about seven years ago.

Justice David Majanja dismissed the case by Kenya Toyota saying the company failed to prove claims that the government failed to pay for the vehicles on time, hence liable to pay interest.

“Since the Plaintiff (Kenya Toyota) has failed to prove its case, it is now dismissed,” ruled Majanja.

While dismissing the case, Justice Majanja found that conditions contained in the invoices including those on interest for late payments were not part of agreement and Toyota Kenya cannot therefore claim interest on that basis.

The parties entered into an agreement where Kenya Toyota sold to Vehicle & Equipment Leasing and about 1200 vehicles were leased and then sold to the government under the National Police Service lease scheme. The deal was signed between February 2014 and January 2017.

The transaction was in several Phases but the company and the government differed on Phases I and III.

Toyota Kenya was seeking Sh438,694,856 on account of delayed payments on respective invoices calculated at 3 percent.

According to Alice Munene, a retired employee of Toyota Kenya, the arrangement in Phase I was made of Local Purchase Order issued by the company to the government for a specified number of vehicles. Payment was to be made on delivery.

Vehicle & Equipment Leasing denied the claim saying that the contract between the parties was concluded and evidenced by Toyota Kenya quotations and company’s LPOs and no other terms were agreed upon or implied in the contract.

The company further dismissed Toyota’s claim stating that the claim for 3 percent interest per month was not an agreed term of the contract between the parties and has not been proved.

Wangombe Wangondu who testified on behalf of the government denied that there was any agreement to pay interest to Toyota Kenya and asserted that the claim for interest arose in 2019.