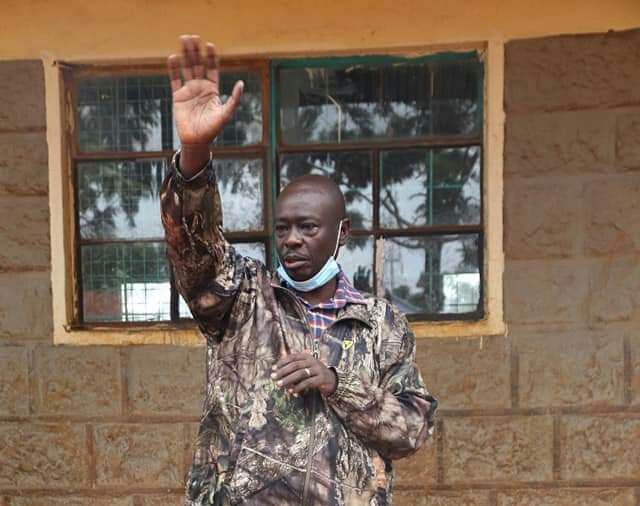 Asset Recovery agency has told Anti-Corruption Court that Mathira MP Rigathi Gachagua has failed to explain the source of millions in his bank accounts.

The agency told the court that failure by the Gachagua to explain the source of funds, it makes it clear that they are proceeds of crime.

ARA further added that Gachagua has not tendered any evidence demonstrating anything that entitles him to have lawfully acquired the funds in issue.

The agency says that the defence offered by Gachagua over funds deposited into his accounts raises more questions than answers, which confirms that the legislator was laundering money.

“There is no evidence of any work Gachagua did or performed such as certificates of work completion hence the Sh201 million which were frozen last year are proceeds of crime,” says ARA.

According to the agency, some money paid to some of his companies for work allegedly performed but there was a hundred percent transfer of the funds once they were paid. “Where is the evidence of the performance of the alleged work?” Posed ARA.

The agency says the transactions made by the MP Gachagua are not from legitimate business but pure money laundering.

“The evidence presented by the applicant (ARA) shows that the respondents benefited from illegitimately sourced funds directly by depositing and keeping in their bank accounts and in the accounts of entities they fully controlled,” ARA says.

The agency also says failing to forfeit the funds will amount to granting permission to a party to benefit from proceeds of crime.

“The respondents have not rebutted these evidence and their allegations that the said funds were acquired from their business are false. It is our submission that the funds are proceeds of crime having been obtained illegally and are liable to be forfeited to the applicant under POCAMLA on behalf of the government,” ARA says.

ARA wants Sh200 million belonging to Gachagua, which was frozen, forfeited to the government arguing that the money is proceeds of crime.

The first-term MP allegedly received more than Sh12.5 billion through three accounts in Rafiki Micro Finance Bank but ARA says it could not trace more than Sh5 billion that had been deposited in the MP’s bank accounts.

MP Gachagua has dismissed the claims saying the money has been in the same fixed revolving fund rotating between three accounts for the last seven years. And upon maturing- quarterly- the principal amount plus interest earned are rolled back to the savings account, at his request.

He admitted transferring the funds between his personal accounts and loaning some of his companies, which repaid the money with interest.

Further, Gachagua said he moved the funds between his savings and fixed deposit account and vice versa, to earn interest.

In reply, the agency said Gachagua’s defence was an afterthought and baseless collection of invented documents meant to hide the source of the funds.

But ARA has maintained that Sh200 million held in three bank accounts belonging to Mathira MP Rigathi Gachagua are proceeds of crime.

While dismissing the defence advanced by Rigathi, the agency’s chief investigator sergeant Fredrick Musyoki maintains that the funds are proceeds of crime which are obtained through deceit and unlawful.

He says the MP has not tendered any shred of evidence to show any legitimate means he used to obtain the same.

No shred of evidence is presented by Gachagua to demonstrate the linkage between the alleged businesses and the funds in the issue which are preserved in the specified bank accounts,” says Musyoki.

While responding to the agency application to forfeit the funds to the state, Gachagua claimed that he has invested in different companies where he is either a director or shareholder.