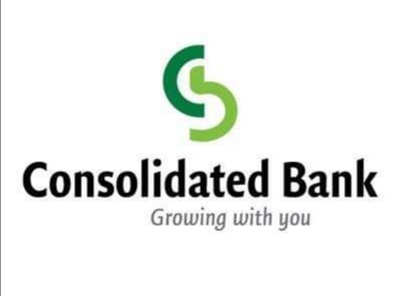 A former credit manager at Consolidated Bank of Kenya has lost his bid to be reinstated after he was summarily dismissed seven years ago.

Employment and Labour Relations Court dismissed the case by Job Omambia Mariara, saying the reason for his dismissal was valid.

Justice James Rika said the lender discharged its evidential burden, under Section 47[5] of the Employment Act 2007.

“Reinstatement is completely out of the reach of the Claimant, having been summarily dismissed for valid reason. Even had the Court found termination was unfair, it would not give an order of reinstatement, given that dismissal took place on December 31, 2013- over 7 years ago, while the E&LRC Act, places a time-limit of 3 years from the date of termination, on the remedy of reinstatement,” Justice Rika said.

The judge observed that Omambia totally abused the trust and confidence placed on him as a Credit Assistant.

He observed that he nearly misled the bank to lend him a large sum of Sh4.1 million, while he had already acquired the property over which the loan was sought.

The further said Omambia lied that there were developments worth Sh3.3 million, which with the open market value of Sh1.4 million.

The Judge said in event he defaulted, the Bank would been hampered in pursuing the debt, as there were no developments on the plots, of any value.

Omambia sued Consolidated Bank over what he termed unlawful dismissal and had asked the court to order the bank to pay him his 12 months’ salary in compensation for unfair termination at Sh. 1,767,577 totaling to Sh.2,860,981.

He also claimed to be paid loss of future earnings and his reinstatement as credit Manager.

The court heard that Omambia applied for a loan in May 2011, based on land valuation given by Mureithi Valuers. The loan was approved and in November 2013, prior to the valuation, Omambia had applied for a staff loan to purchase two plots, within Narok Town, registration numbers CISMARA/OLELESHWA/4204 and 4205.

Consolidated Bank told the court he applied for a staff loan of Sh.4,180,000, on October 15, 2013 and he indicated that he wanted to buy residential property in Narok, from one Daniel Olomae Sapit.

He presented a valuation report from Mureithi Valuers, a firm the bank was not comfortable with, owing to past falsified valuation reports. The report indicated that the property consisted two titles- CISMARA/ OLELESHWA/ 4204 and 4205, with one permanent house, an ablution block and semi-permanent poultry structure, valued at Sh. 4,700,000.

Royal Valuers also established that the plots were vacant and undeveloped and their market value was Sh.750,000 each, amounting to Sh. 1,500,000 for both plots.

The bank wrote to him on November 15, 2013 asking him to explain the discrepancy. He replied on November ‪18 2013‬, totally contradicting himself and confirming there was dishonesty involved.

He was called to a disciplinary hearing which took place and the committee heard and concluded that he acted dishonestly and a recommendation for the termination of his contract was made.

He paid his pension.

He then moved to court and the bank defended itself saying the case had no legal and factual foundation and urged the court to dismiss the claim.