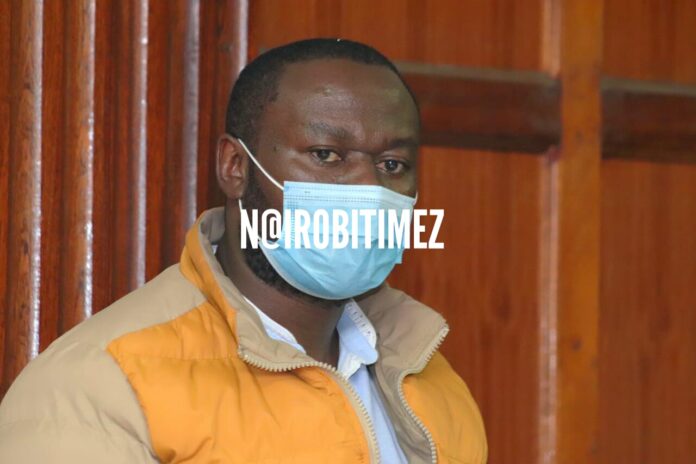 A Nairobi businessman has been charged with conspiracy to defraud a company a parcel of land worth Sh200 million.

The court heard that Nyaga committed the offence on unknown dates and unknown place in the country.

The charge sheet stated that with intent to defraud and jointly with others not before court, Nyaga conspired to defraud Siesta Investment limited land measuring approximately 2.591 hectares situated along Mombasa road.

He allegedly procured the registration of the land using IR. NO. 176998 LR 20273, which is valued approximately Sh200 million in the name of Eliud Simon Mbilu.

Nyaga is also accused that on unknown dates and unknown place jointly with others not before court with intent to defraud Siesta Investment limited, he forged title in the name of Eliud Simon Mbilu purporting it to be a genuine certificate of title issued and signed by Charles K. Ngetich, the Registrar of Lands at Ministry of Lands and physical planning at Ardhi House Nairobi.

He is also accused of forging lease and title of the said land in the name of Eliud Simon Mbilu purporting it to be genuine title issued by the Registrar of Lands.