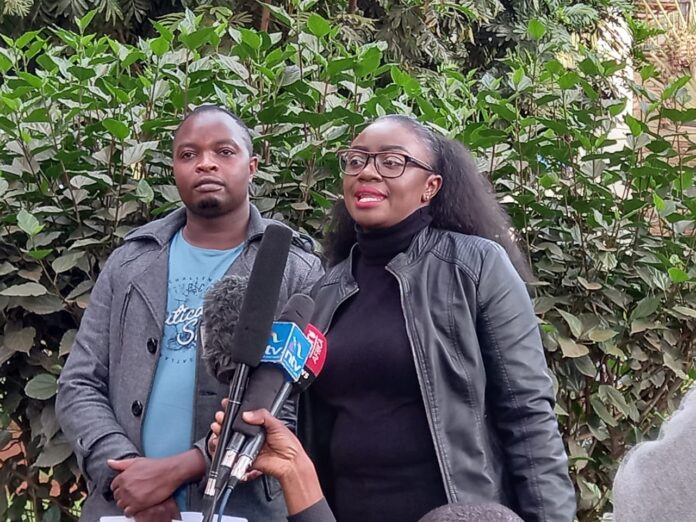 A youth activist has moved to court challenging the constitutionality of section 22 of election Act that requires people contesting parliamentary and civic seats must possess a degree.

“A declaration be hereby made that section 22 of the election Act violates, infringes and threatens fundamental freedom in the Bill of Rights specifically Article 38 of the Constitution,” says Orwoba.

Orwoba also wants the limitions contained in the Act, requiring contestants to have degrees in all levels of elective posts quashed saying it is not justified in open democratic society based on human dignity, equality and freedom.

She claims the said requirements have no rational connection with the objective and the extent of the limitations are unconstitutional, illegal and nullity

Orwoba through lawyer Kariuki Karanja seeks a declaration that the provisions of the section of the Election Act is inconsistent with constitution and therefore null and void.

She points out that the 2019 population census report found that less than 2 percent of Kenyans had a chance to access University education.

As such the 98 percent of Kenyans will have to surrender their political right of representation to the 2 percent whether they like it or not, she says.

She says by glorifying the conventional degree, Parliament failed to consider equalising qualifications attained through skills, experience and knowledge.

She posits that this is despite the fact that the same parliament went ahead and enacted Kenya National Qualification Framework Act 2014.

The Act establishes Kenya National Qualifications Authority whose function includes to define the levels of qualifications and competencies, provide for the recognition of attainment or competencies including skills, knowledge, attitudes and values among other roles.

That the Kenyan government on or about the year 2017 introduced Competency based Curriculum (CBC) designed by the Kenya Institute OF Curriculum Development (KICD). The CBC is designed to emphasize the significance of developing skills and knowledge and also applying those competencies to real life situation.

The introduction of competence-based curriculum confirms that skills, trainings and other knowledge is applicable in real life situations which includes leadership from the statistics provided by Kenya Universities and Colleges Central placement Service (KUCCPS) board in the just released results of the year 2020 KCSE, only 16 % of the candidates will have the privilege/chance to be absorbed in the Universities for degree programmes.

The Petitioner argues it’s a matter of fact that 83.6% of the 2020 KCSE candidates will be locked out and will have to be enroll to other technical training programmes.The Kenyan government in full realization that there are huge number of youths who do not have a chance to join the universities over time, established the Technical and Vocational Education and Training Authority under the Technical and Vocational Education and Training Act 2014.

The Petitioner states that its not reasonable nor justifiable to lock out Kenyans specifically the youths and other marginalized persons from vying as representative of their people just because they do not possess a conventional degree. The Petitioner furthe states that Kenyan population is diverse and consists of minority communities some who even are hunters and gatherers and such communities stand discriminated if the mark for leadership is capped at conventional degree level.