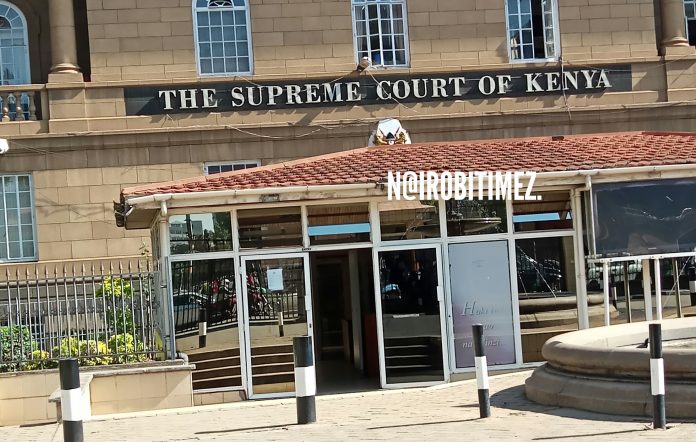 A real estate developer who is seeking compensation from Kenya Airport Authority (KAA) wants the Supreme Court to allow him to table more evidence in the case.

In the application, Patrick Thoithi Kanyuira wants to be allowed to call and produce on record additional evidence by a way of documents in support of his appeal.

In the case, Kanyuira is seeking the Supreme Court to set aside the entire judgement and decree of the court of appeal made in civil appeal No. 308 of 2014 between him and KAA.

He also the court to declare that the decision of the court of appeal made on September 24, 2014, violated his constitutional principles and rights as provided under Articles 10(a), 24 and 40 of the constitution of Kenya.

Kanyuira is the registered proprietor of the property described as L.R No. 209 /11444 Nairobi.

According to the document filed before the apex court, Kanyuira states that being a business of real estate development and sale, sought and was granted approval from the Nairobi City County and NEMA.

He commenced the development on the suit property, constructing residential housing units for sale and which were nearing completion and partly already sold to the third party purchasers.

He adds that to facilitate the development of the suits property he took a loan of over Sh50 million from savings and loan limited and charged the property.

Kanyuira further claim that on or about September 30, 2008 KAA ordered him to stop the construction and to demolish the building already erected within seven days of the order on basis that they were dangerous and prejudicial to the use of Wilson Airport and they had not procured approval thereto from it.

He suffered substantial loss and injury from KAA’s actions which he filed a suit seeking compensation for violation of his constitutional rights.

The case was, however dismissed on grounds that that KAA had a statutory legal authority and power to approve the construction of any building near the airport and it acted within it mandates by issuing the said notice demanding demolition and removal of his building from the suit property.

In dismissing the case, high Court said Kanyuira buildings on the suit property were prejudicial to the safety and use of Wilson Airport and his rights were not violated by KAA’s actions.