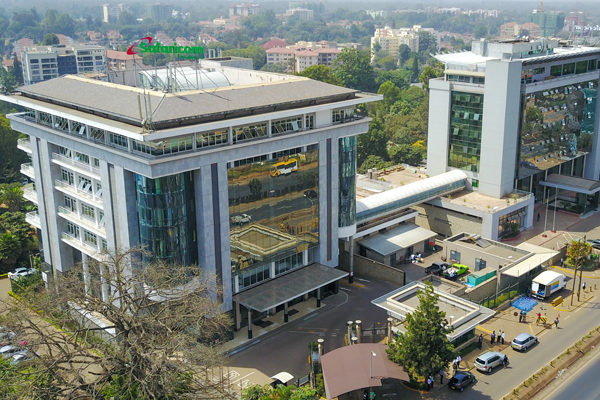 Safaricom PLC has been ordered to pay Sh 6 million for violating the rights of a man living with disabilities by denying him employment.

Justice James Makau ruled that Wilson Macharia right to be treated with dignity as provided for under Article 28, 41and 54(1) and Fair Administrative Action under Article 47 were violated by the telecommunications company.

Justice Makau found that Macharia demonstrated that his right to be treated with dignity was violated and remains violated by Safaricom.

The judge in his decision also declared that the act of denying the Macharia an employment opportunity on the basis of his disability was not shown to amount to an act of discrimination against him nor was it discriminatory by virtue of Section 15(2) of the  Person with Disabilities Act.

This is after Macharia filed a constitution petition seeking declaration that Safaricom decision to denying him an employment opportunity on the basis of his disability amounted to anact of discrimination against him and it offends Articles 10, 27(4), 28, 41 and 47 of the constitution of Kenya 2010 and Section 5(2), 3(a & b) and 8(c) of the Employment Act.

Macharia also sought the court to declare that his right to be treated with dignity as provided in the Constitution was and remains violated by the Safaricom company.

In his court document, Macharia further urged the court to declare that Safaricom violated and continues to violate Sections 12(1), (2) and 15(1), (2) of The Persons withDisabilities Act as well as Article 1 and 27(1)(a) of the Convention on the Rights of Persons with disabilities and asked for the compensation, exemplary and aggravated damages.

Macharia told the court that in or about August 2016, Safaricom advertised for a customer Experience Executive position through its career portal and a newspaper advert which clearly indicated that the company was committed to creating a “diverse environment and is proud to be an equal opportunity employer.

All qualified Kenyan applicants will receive consideration for employment without regard to race, colour, religion, gender, tribal origin, disability or age.”

As per the advertisement, the company said it was committed to employing all qualified candidates right from the beginning including Persons with Disabilities and the shortlisted candidates included Macharia and other candidates were invited for a two-stage interview process on July 7, 2017.

On the date of interview, all interviewees in attendance were taken through an orientation programme before the actual interview.
Macharia and other applicants were informed that the interview would be two-fold consisting of both oral and technical evaluations.

But according to Safaricom’s senior manager employee and labour relations, Ooko was informed that one candidate, Machariap was not able to undertake the SHL Computerized Aptitude test as he was visually impaired.

Ooko met Macharia and confirmed the same. He then told Macharia that they were not able to conduct the SHL interview but asked him to proceed to the oral interview phase as the company considered a workaround for a later date.

The alternative would have been to simply inform him he could not go ahead with the interview but they did not and the parties urged that this amounted to reasonable accommodation as provided for in the law.

The reason given to Macharia that Safaricom would consider a workaround is that the company had at that point commenced a project which was then at the initial stage that would have employed ten visually impaired Customer Experience Executives.

The company had engaged software providers who were working with the company’s internal technical team to review integrations with the existing systems to support the project.

“This demonstrates the company’s willingness to promote opportunities for PWDs and that since the virtually impaired Customer Experience Executives would later conduct a similar interview process as the one undertaken with respect to the recruitment in question, ” company said.

This would provide an opportunity to have the Petitioner interviewed in consideration for the same position when the time came.