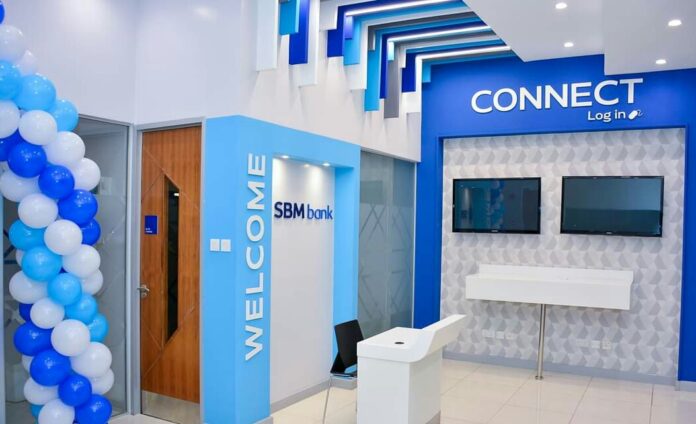 The High Court has barred SBM Bank Limited from listing a telecommunications company on the Credit Reference Bureaus over an alleged unpaid loan.

Justice Hedwig Ong’udi gave Samchi Telecommunications a temporary injunction stopping the bank from listing it in any of the CRBs.

“The upshot is that the plaintiff (SAMCHI Telecommunications Ltd) has satisfied this court of the need to issue a temporary injunction in terms of prayer No.2 of the Notice of Motion dated January 22, 2021. The same shall be in force for only six months,” ruled Judge Ong’udi.

The judge directed the parties to have the matter heard and finalized within six months.

The Telecommunications Company moved to court arguing that the lender has listed it twice on CRB over a disputed debt. This was after the lender threatened the company in a letter dated January 14, 2021.

The company also sought for SBM Bank to be ordered to seize permanently on listing the company on CRBs and issue a public apology for erroneously listing them twice.

In an affidavit, the company’s group advisor Njeru Karuana argued that SBM Bank has been erroneously listing the company on various credit bureaus which has injured the reputation and good standing of the applicant.

The company, on lodging a complaint, was delisted by the bureau after the Bank failed to provide supporting documentation for listing as required by the regulations guiding such listings.

“It’s the company’s position that if an order stopping the SBM Bank is not issued and an award of damages eventually made, the outcome cannot compensate the company for the damage to its reputation,” the company told the court.

The company through Karuana reiterated that the Bank started off by listing them on the Trans-Union Credit reference who made a resolution to de-list the company and yet again lodged a complaint on December 16 last year with Metropol Credit Reference bureau which they expunged the listing from the company’s credit report.

But SBM Bank through Pesian Ketere, the Special Assets and debt Management Unit Manager, opposed the application. She argued that the telecommunication company owes the bank huge sums of money which they are trying to rightfully claim.

She said that they have been masquerading under the guise of defamation in an attempt to run away from their financial obligation.

Ketere further argued that they received communication from Absa Bank Kenya dated May 22, 2017 indicating that the company was owing them money and had not settled and that a full and final demand had been issued by the bank to the company to settle the Sh. 53,‪855.004.13‬  prior to the listing.

They also issued a pre-listing notice on January 14 this year owing to the outstanding debt that the company acknowledges but refuses to pay.

She further avers that the company has not with sufficient proof shown or proved any defamation and the court should allow the bank to proceed and list the company on the Metropol Credit Reference Bureau as the same is the only remedy left to recover the monies from the commercial transactions that are the core of the dispute.

But the telecommunications firm through Njeru Karuana filed a further affidavit saying that the bank had missed the specific dispute in the application by addressing issues far from the dispute which is defamation.

The company said the application is based on the nuisance of creating a circle of listing, deletion and pre-listing without proper documentation to the bureau.

Karuana added that she is not aware of any overdraft from the SBM Bank though they had requested for a guarantee to the former Chase Bank which was never issued. She reckons that the Bank should have filed a Commercial claim to justify their allegations instead of defaming them.

She denies maintaining an account with the bank, same for one with Chase Bank which was a trading account that had so many transactions and added that they have always disputed the sum claimed hence the objections to the CRB listing with the results of deletion.