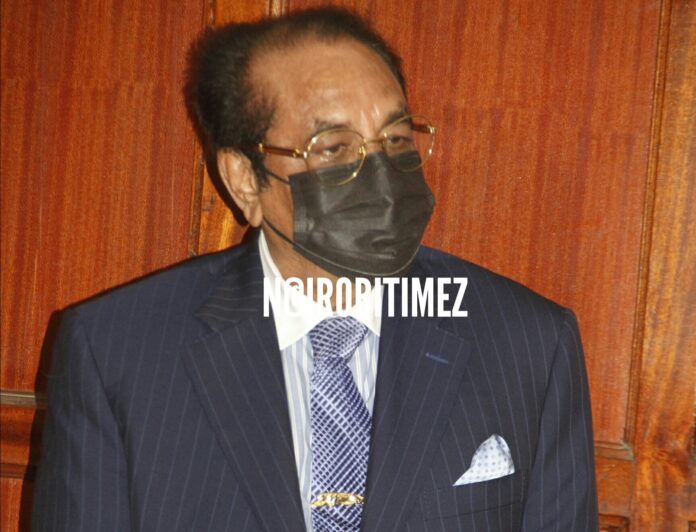 Tycoon Mohan Galot and his company London Distillers Kenya Limited has been charged with over Sh2 billion tax evasion.

Mohan Galot who is the Director of the distiller appeared before Milimani Chief Magistrate Martha Mutuku and denied a total of 18 counts.

Galot is accused of unlawfully omitting excise duty returns for the year 2017 production volumes totaling to 5,563 litres of ready to drink 4,330,720 litres of spirit which ought to have been declared to KRA. It is alleged that he committed the offence between January 1 and December 31, 2017.

The prosecution told the court that Galot and his company failed to pay excise duty amounting to Sh814,531,858 for the year 2017.

The court also heard that between January 1 and December 31,2019, Galot being director of LDK, he unlawfully omitted from value added Tax returns for the year 2019 sales totaling to Sh344,084,000 which ought to have been declared to the commissioner as required by the law

A probe into London Distillers (K) Limited found that the firm and its director devised a scheme to evade taxes, including excise duty on locally manufactured spirits, VAT and Corporation taxes.

Investigations revealed that the Taxpayer engaged in a scheme of gross under-reporting of production and sales volumes and purchase of packaging materials through associated firms.

He pleaded not guilty to all the counts and released on a bond of 5 million or alternative cash bail of Sh1 million to be released.

The case will be mentioned on August 9.