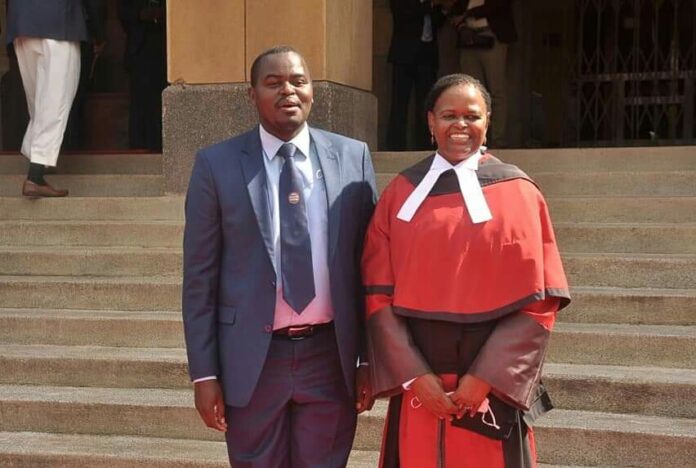 Chief Justice Martha Koome has urged judges to continue dispensing their duties without fear saying the independence of the Judiciary and their constitutional duties are protected by the constitution.

In a statement following the arrest of two judges on Thursday, Justice Koome said no formal report had been made to her as the head of the Judiciary or the chairperson of Judicial Service Commission (JSC).

She however, said High Court judges Aggrey Muchelule and Said Chitembwe notified her that they recorded statements at the Directorate of Criminal Investigations headquarters, after a search was conducted at their chambers at the Milimani law courts.

Justice Koome said the arrest of the two judges had caused anxiety among judges and judicial officers and but urged them to continue discharging their duties without fear.

The two Judges were picked yesterday afternoon as they headed for lunch and turned back to their chambers where a search was conducted, but which did not yield anything.

They were later driven to DCI headquarters where they recorded statements.

The CJ said because a case has been filed before the High Court, she would not make any comments but will await the findings of the investigations and make a statement at the ‘opportune time’.

Kenya Magistrates and Judges Association also issued a statement condemning the arrests saying it was meant to intimidate the judges.

“We believe that this intimidation is part of the wider agenda by outside forces to influence the judiciary in its operations,” KMJA secretary general Derrick Kuto said.

KMJA expressed concerns about the sustained and ill-advised pattern of public attacks, “directives” and intimidation against the judiciary and more importantly against individual judges and magistrates.

Through SG Derrick Kutto, the association said that the arrest and latest is the brazen attempt by the DCI to harass, intimidate and malign the good reputation of Justice Aggrey Muchelule and Justice Said Ali Chitembwe yesterday.

The search conducted yesterday in which the DCI officers involved created a scene at the offices, manhandled the judges by pushing them around while shouting at them to go back to their chambers as they stepped out for lunch was gross, wrong, wicked, immoral and disrespectful to the senior judges. It was an open insult to them.

SG Kutto added that the fact that public investigations against the judges are being conducted in secrecy without information on the complaint or complainant, that the search found nothing, and that the judges were then asked to record statements on activities of the day, confirms our position that this is pure harassment with the intention to instil fear in judges.

“This pattern by the DCI to intimidate and harass judges is ancient and old school. It is a wellrehearsed script from the archives to police and instil fear in judges and judicial officers as used to happen sometimes back.

The ultimate goal is for Judges and Judicial officers working while fearing a prefect on their shoulders. One wonders who sanctioned these illegalities with the Director of Public Prosecutions (DPP) having denied being aware of any complaint against the said judges,” Kutto added.