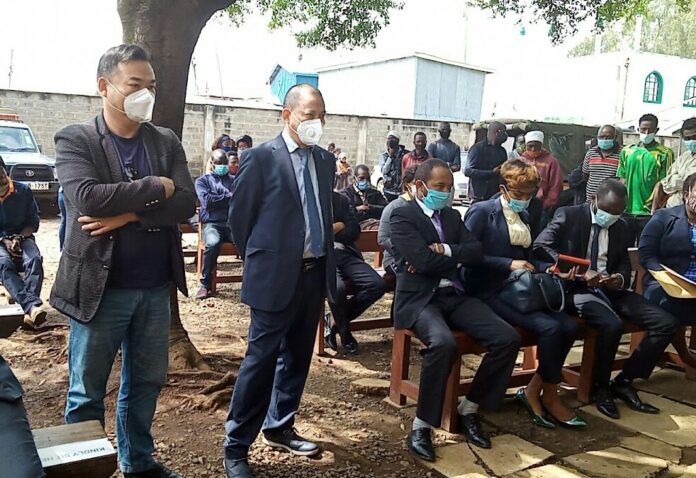 Two Chinese national who attacked and injured their colleague over a disputed bet will serve a year in jail.

Gu Xiong and Jin Ping were convicted after pleading guilty to the offense.

Kibera senior principal magistrate Charles Mwaniki however gave them the option of paying sh100,000 for the offense.

They had attacked and injured Dong Chen Pang on may 16, this year at Kingston apartment in Nairobi.

In his decision the Magistrate said he considered the mitigations from the accused persons and the nature and the circumstances of the offence and the accused person has saved the judicial time by pleading guilty and this suggests that they have undergone considerable introspection and that they are remorseful.

“Nonetheless they admitted a crime and injury resulted from it. A deterrent sentence is called. I hereby sentence each of them to pay a fine of Sh100, 000 of serve one year in jail, “ruled the magistrate.

The case was reported to police after the fight and Pang was taken to hospital. He was later treated at Coptic Hospital after the eye developed complications.

The court heard that Xiong and Pang disagreed over a bet and picked a fight before Ping joined in to fight Pang, the police report says.

Senior state prosecutor told the court that on the fateful day the complainant and the accused persons were at an apartment in Kilimani.

The prosecution told the court that the argument later  turned physical  and the second accused person hit the complainant with the fist on his face, injuring his left eye.

The  court heard that the second accused person Pang wrestled him to the ground  and both of them started beating him and he shouted for help attracting neighbors and they stopped attacking him, he suffered a broken tooth at the  upper mandible ,

The complainant was then carried to an apartment since curfew was in place and was later taken to the hospital.