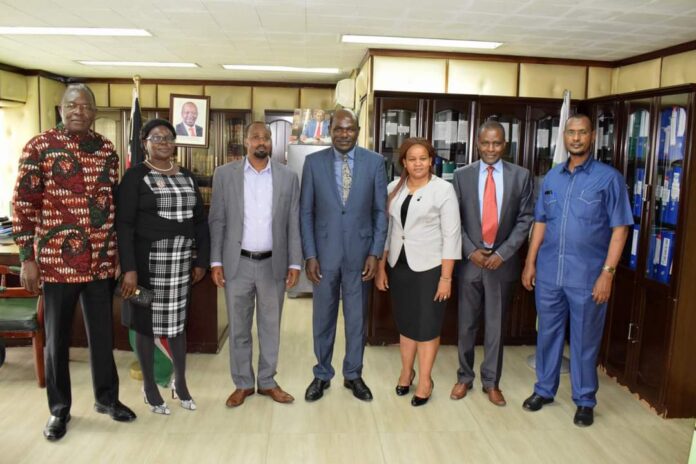 The High Court has dismissed an application seeking to temporarily stop the appointment of four commissioners to the Independent Electoral and Boundaries Commission (IEBC).

Justice Weldon Korir dismissed the application by Nornael Okello G’Oganyo saying the country required an active Electoral body to prepare for the next year’s General Elections.

““It’s in the public interest that the conservatory orders should not be granted” Judge Korir ruled.

G’Oganyo had pleaded with the court to stop the appointment of Francis Wanderi, Justus Nyang’aya, Irene Masiit and Juliana Cherara after Parliament approved their nomination and presented their names to President Uhuru Kenyatta for appointment.

He had asked the court to stop the four nominees from taking oath and assuming office as the commissioners, pending the determination of the petition.

“Unless the prayers sought are granted, the National Assembly shall approve the four candidates without due regard to gender balance and that the appointment of Irene Masiit abrogates articles 88(2) (a) of the Constitution”, says G’Oganyo.

In his court documents, G’Oganyo had sought to stop parliament from approving the list arguing that the nomination and appointment of Masiit would contravene article 88 (2) (a) of the Constitution since she had presented herself for the election in the immediate past election.

During the vetting conducted by the Parliamentary Departmental committee on Justice and legal affairs, Masiit admitted to having unsuccessfully sought the Jubilee ticket as a candidate for Elgeyo-Marakwet Woman Representative, but lost.

G’Oganyo argues that the revelation that she had presented herself for election in the last election disqualifies her for appointment pursuant to article 88(2) (a) of the Constitution.

“I am apprehensive that if Parliament approves the nomination of the four nominees and forward the list to the president as it is, the president shall proceed and appoint them rendering the petition nagatory”, G’Oganyo says in the petition.