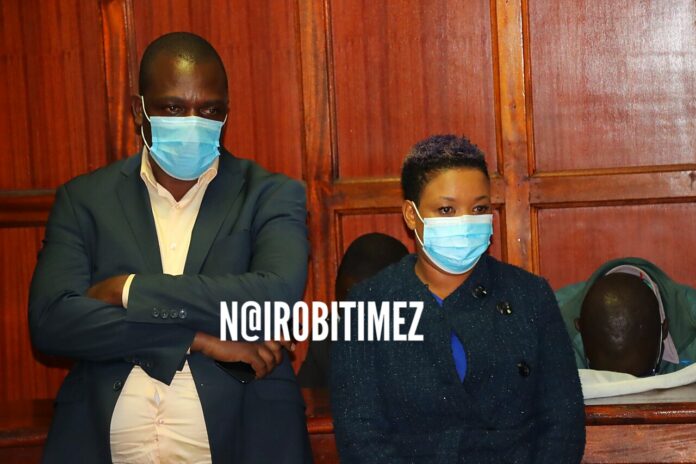 A couple has been jailed for 22 months each after they were found guilty of forgery.

Milimani Chief Magistrate Mutuku jailed Willykester Ndanu Mwendwa and Patrick Juma Kingoro after they pleaded guilty to several charges of forgery. The couple was given an alternative of paying a fine of Sh110,000 each.

In her ruling the magistrate sentenced each of the accused persons to pay Sh10,000 for every count or serve two months imprisonment for each of the counts.

The two were charged with forging Minutes, Forms CR19 and resignation letters of the directors of Group Seven Security Company Abdi Sahal Ali and Hussein Hassan Ali purpoting them to be genuine and valid.

The court heard that on unknown dates and unknown place jointly with others not before court with intent to defraud forged minutes for Group Seven Security Company purporting them to be genuine and valid minutes of the company.

They claimed that the meeting was held on August 24, 2017 signed by Abdi Salal as the chairperson, yet it was false.

They both pleaded guilty to the forgery charges.

The company through their Lawyer Suleiman Bashir had urged the court to impose a harsh punishment on the husband and wife for forging their documents.