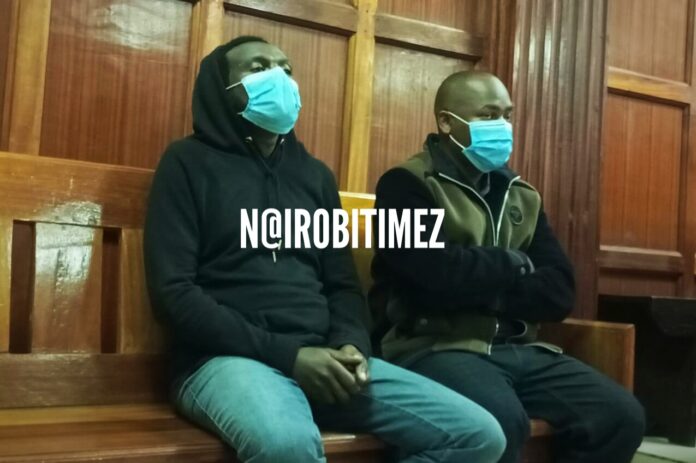 A Nairobi court has allowed Kasarani police to detain two fake doctors who have been vaccinating people with fake Covid-19 vaccine.

In a miscellaneous application, the police sought to detain the two over claims of impersonation and administering fake Johnson & Johnson vaccine to unsuspecting Kenyans.

The two were arrested on September 7 but the alleged offence has allegedly taken place from January last year until the day they were arrested.

According to detectives, the duo impersonated medical doctors under crane hospital in Ongata Rongai, where they operate from and have been administering fake Covid-19 vaccine.

Unsuspecting Kenyans who took the fake Covid-19 vaccine thinking it was Johnson & Johnson vaccine are now living in fear when it emerged that the jab was fake.

“The Respondents informed investigators that they were assisted to register the facility by a legitimate medical doctor to enable them operate the business without notice by the regulatory bodies,” the investigating officer told the court.

He added that he needed time to investigate, including contacting other unsuspecting people who received the fake vaccines and they have not yet discovered they received a fake vaccination.

Investigators will rely on the suspects helping them to locate other hospital facilities operating in Ongata Rongai in view of making recoveries as the input of regulatory bodies like medical practitioners and Dentists board and ministry of health.

According to the officers, during the investigations assorted vaccines consent sheets recovered with the details of those who took the vaccine and are still unaware whether they were fake and there is need for them to be offered an opportunity to make a statement.