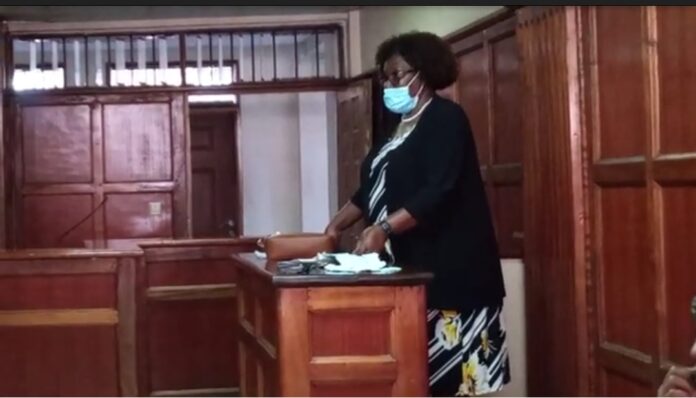 The Principal of Langata High School has been put to task over charges of arson and conspiracy to commit felony against 12 students.

Teresa Muthoni was hard-pressed to explain how the students planned to burn the school dormitory as claimed by the prosecution.

Lawyer Danstan Omari for the students told the principal to produce the minutes or evidence that the students, some of whom were on suspension, held a meeting and planned to burn the dormitory.

The principal couldn’t produce any evidence to support the alleged plot.

Muthoni told Milimani senior principal magistrate Bernard Ochoi that on July 25, 2016 police officers came to her office and hinted that they wanted some of the students for questioning over the fire incident at the school.

“They took away six students for interrogation,” she said in her evidence in chief.

She told the court that 184 students’ beds and mattresses and bed covers were destroyed by the fire.

A further 368 bed sheets, blankets,184 students’ boxes and personal belongings among other valuables worth Sh 5.4 million were destroyed during the fire incident.

“Later the board meeting was urgently called and the school temporarily closed and was to open on August 3,2016 for the student to undertake exams and then closed,” she said.

The 12 students have been charged with burning the dormitory and destroying property worth Sh5.4 million.

The students have denied five counts of conspiring to commit a felony and arson, an incident that occurred in 2016.

They are each out of cash bail of Sh 200,000 pending the hearing and determination of the case.