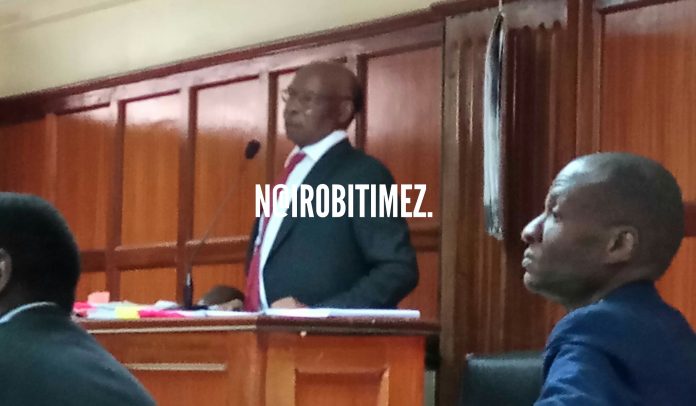 Royal Media owner S.K Macharia has been dealt a blow by Director of Public Prosecution Noordin Haji who has opposed his bid to privately prosecute 14 directors of underwriter Directline Assurance.

In an application before a Nairobi court, Haji opposed the media mogul’s bid saying the alleged claim is civil in nature and Macharia ought to pursue his case in a civil court.

Haji further wants the court to dismiss Macharia’s case “in totality to safeguard the constitution, uphold the rule of law and preserve the public interest”.

While replying to Macharia’s application, the DPP through Senior Prosecution Celestine Oluoch told the court that after analyzing the evidence he established that the two enquiries 114 of 2019 and 258 of 2020 are civil in nature as they relate to ownership and directorship of Directline Assurance Company.

“There was no criminal culpability on the part of those recommended for Prosecution”, added the DPP.

The prosecutor added that in inquiry file 114 of 2019, relates to shareholding that arose after the death of the main shareholder John Gichia Macharia held by his company AKM Investment were subject to pending civil suits.

He said that in HCCC E277 of 2019 (DLAC vs Samuel Kamau Macharia & 3 others), is between the shareholders and directors of DLAC and their disputes relates to management and the control of DLAC.

“The defendants Dr. S. K Macharia and others are alleged to have attempted to unlawfully take control of DLAC. The issues are therefore exactly the same as in the first inquiry which dealt with allegations of” fraudulent transfer of shareholding” Prosecution told the court.

The DPP told the court that the issues in contention were directorship and shareholding of Directline Assurance Company (DLAC) which matters are not mandate of his of his office and delving into the will be misuse of office.

He adds that evidence in the inquiry file disclosed that most of the transactions complained of were authorized by late John Gichia Macharia who was the majority shareholder and forensic audit report by Price Watercoopers (PWC) did not establish the allegations complained of.

“The forensic audit report by Ernst and Young (E&Y) submitted by the DCI did not establish stealing and the allegations complained of was not established by the evidence provided in the inquiry file to support recommended charges.

Macharia through lawyer Gibsom Kamau Kuria filed an application before Magistrate court accusing DPP Haji of failing to prosecute the 14 directors despite overwhelmined evidence against them collected by the Director of Criminal Investigations.