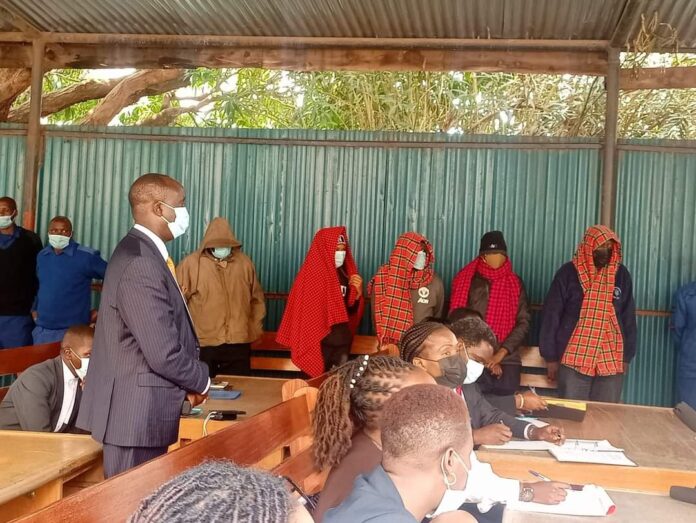 IPOA senior investigating officer Ibrahim Abukar Shunu told the court the accused do not qualify to be admitted on bond or bail pending trial because prosecution have strong and irrefutable evidence against them.

He told the court that the accused persons Benson Mputhia, Consolata Kariuki, Nicholas Cheruiyot, Martin Wanyama, Lilian Chemuna and James Mwaniki are police officers attached to Manyatta police station and Embu North DCI office and at the time of the offense they were based within the vicinity where the offense occurred.

“They still exercise all powers and privileges of being police officers which include access and use of firearms, arrest and detention of persons and property among otherd”, Shunu told the court.

He refuted the claims that the six officers have been interdicted.

Shunu says he is not aware of any disciplinary proceedings against them has commenced as stated in their affidavit which means if released from the custody they will resume normal duties to their office.

He added that the accused being police officers are well trained in the use of reasonable force, safe use of guns, keeping public order, and their actions and omissions on the fateful night indictated a premeditation on their part towrds the deceaseds.

“Releasing the accused persons on bond would influence potential witnesses, since there was initial attempt to misreport or conceal the cause of death as a traffic incident, yet there are independent witnesses who heard or saw the deceased persons being fatally assaulted by the accused persons”, Shunu adds.

Shunu further told the court that the family of the deceased who are the victims are greatly impacted by the loss of their two young promising sons in such a violent manner and their interest should be protected by the court.

“The release of the accused family on bond or bail will be prejudicial to the family of the deceaseds,” Shunu adds.