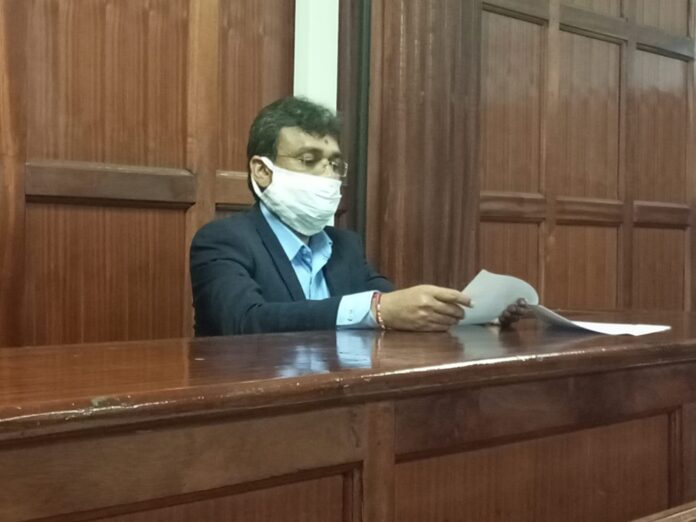 The owner of Taj Mall Rameshchandra Govind Gorasia has been jailed for eighteen months.

Milimani Chief Magistrate Francis Andayi, however granted Gorasia the option of paying a fine of Sh550,000, after he was found guilty of forgery and uttering a false document.

The tycoon was accused that on March 7, 2013 at Taj Towers at upperhill within Nairobi County knowingly and fraudulently forged at title Deed IR No. 63978 and LR No. 20273 to Jayesh Patel a director to Siesta Investments ltd.

He claimed that the title was genuine and issued at Ardhi House Nairobi.

The court was told that the tycoon was found illegally possessing a title deed for a land in Kyangombe, in Embakasi area in Nairobi.

He was found guilty of committing the offence on January 28, 2013, possessing the land in a manner likely to cause a breach of peace against Jayesh Patel. The land was measuring approximately 1.591 Hectares.