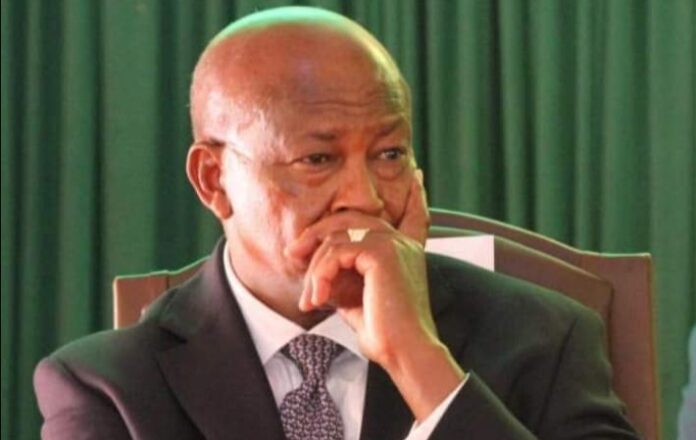 Attorney General Kihara Kariuki has moved to the Supreme Court seeking the top court’s final determination of the Building Bridges Initiative, which has already been declared illegal.

In a second appeal to the country’s apex court, Kariuki the judges to determine whether the president can initiate popular initiative or whether he can promote the same to amend the constitution.

The President’s chief legal advisor further wants the Supreme Court to make a finding whether a state organ, state officer or a public officer may initiate constitutional amendment through popular initiative and the second schedule to the constitution of Kenya (Amendment) Bill 2020 is not unconstitutional.

A bench of five judges of the High Court declared illegal the President’s move to amend the constitution through popular initiative. The decision was upheld but the Court of Appeal in a majority decision.

AG Kihara will also be asking the Supreme Court to find out whether civil proceedings can be initiated against the president or a person performing the function of the office of the president in their personal capacity during their tenure of office in respect of anything done or not done contrary to the constitution.

In the court documents, the AG pleads with the apex court to hold that the constitution (Amendment) Bill 2020 (BBI) compiled with constitutional requirements on public participation and is therefore constitutional.

The AG has also challenged the basic structure doctrine and wants the Supreme Court to declare that it is not applicable in Kenya.

He wants Supreme Court judges to find that the basic structure doctrine does not limit the amendment power set out in Article 255 to 257 of the constitution.

“The constitution of Kenya, including its basic structure, may only be may only be amended strictly in accordance with provisions of chapter 16 thereof”, he urges.

The basic structure doctrine is a common legal doctrine that the constitution of a sovereign state has certain characteristics that cannot be erased by its legislature.

Kiage said he will not accept criticism to be levelled against the high court judges on their interpretation of the constitution.

Judge Kiage said those who swear by the Constitution must be ready to live with its requirements or else give such offices a wide berth.

“The Law is always speaking, the constitution called me to be a warrior in the rule of law,” he said.

The judge also said he wondered if some parties in the case understood the issue of basic structure.

“Text sometimes apply differently to different readers. Some of the arguments had the air of the surreal around them, and this makes me wonder whether we have “facts” and “alternative facts.” he said .

Judge Kiage further said purposeful, value laden interpretation of the Constitution is what is required.

He added that the constitution calls on judges to be warriors in the defence of human rights and the rule of law, avers judges are part of a global community and are enjoined to borrow and apply progressive ideas and practices from other jurisdictions in their work.