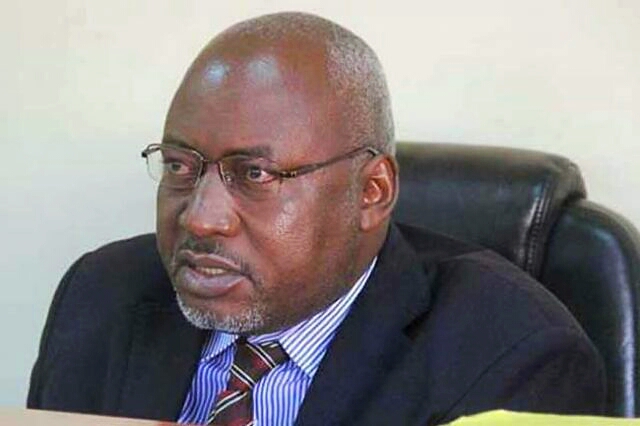 Controversy sorrounding the ownership of more than 100 acres of land previously owned by the collapsed Miwani sugar company has finally been resolved.

The case pitying the government against directors of a private firm, Crossley Holdings Ltd, has been in and out of court for over a decade.

The government lost in it’s bid to recover the land after allegations of fraud were found to be unsubstantiated.

High Court Judge Anthony Ombwayo ruled that the national government and Kisumu county, had failed to demonstrate that there was fraud when the land was auctioned 13 years ago.

There was also no evidence on the role played by the directors of Crossley Holdings ltd, when they purchased the property.

The judge further declined to award of special damages of Sh.6,020,212,300 as it was not proved specifically.

“The court declines to grant an order of mandatory and permanent injunction prohibiting each and all the Respondents together with their agents, officers, workers, servants, representatives, assigns and heirs from interfering with the Petitioner ownership,possession and title to the land as the petitioner is not in possession as at now and it is not alleged that the respondents will attempt to evict the petitioner after giving possession and that the court has already granted an order that the  respondents vacate the property”, Judge declined in his decision.

Crossley Holdings purchased the expansive land in December 2007 for Sh752 million through a public auction.

The land was initially owned by Miwani Sugar Mills Limited, a private limited company and whose assets and liabilities were purportedly taken over in 1989 by Miwani Sugar Company (1989) Ltd (in receivership).

In July 10 last year, the Ministry of Agriculture and Food Authority placed an advertisement in the local dailies titled, ‘International Expression of Interest (IEOI) for leasing and operating each of the five (5) state-owned sugar factories in Kenya’.

In the IEOI, the Ministry listed Miwani Sugar Company (1989) Ltd (in receivership) as one of the purportedly state owned sugar factories offered, and sought bids to redevelop the factories into large sugar complexes and also manage them for a leasehold period of 25 years.

Crossley challenged the move saying the decision was illegal because the land was privately owned.

The court ruled that the previous owner of the land was Miwani Sugar Mills Limited, which was a private entity.

The judge said there was no document produced to show that the property was ever owned by a state department or organ and an entry showing registration of certificate of incorporation, did not amount to transfer to the Miwani Sugar (in receivership).

Agriculture CS Peter Munya had argued that Miwani Sugar Company (1989) Limited [1989 ltd], received a financial accommodation from Kenya Sugar Board and M-Orient Bank Limited (Formerly Delphis Bank Limited), and executed debentures in favour of the financiers who placed it under Receivership.

He told the court that an agreement was reached and Kenya Sugar Board took over the debts of M-Orient Bank and the lender handed it all securities including the title document to the property. He sought for the cancelation of the title held by Crossley Holdings.

The Judge however declined to order the government to compensate the company Sh6 billion for damages for loss of income after being denied to use the land. The Judge gave Miwani 60 days to vacate the property.

The company told the Kisumu court that it is the registered proprietor of L.R. 7545/3(L.R.20138) and it obtained title of registered as L.R. 20138/1. Entry No. 31 shows the registration of the vesting order as directed and made in Civil Suit no. 225 of 1993 the High Court of Kenya in Kisumu to the Petitioner.

The vesting order was entered and registered on January 29, 2008 and a provisional certificate issued the same day as entry No. 32.

The company added that from January 29, 2008, according to the records of the registrar, the company has up to today maintained its legal status as the registered proprietor of the land for the purposes of the petition and proceedings, the evidence, as it is, is that the company is the absolute and indefeasible owner thereof, subject to the encumbrances, easements, restrictions and conditions contained or endorsed in the certificate and title.

It added that over the years several entities have tried to make a collateral attack by way of judicial proceedings on the legality of the company’s ownership of the land without success.

According to the company, the Court of Appeal Kisumu Civil Appeal No. 112 of 2015, which arose from High Court Civil Suit No. 225 of 1993, in a judgment delivered on 3rd April 2020, more than twelve years after acquisition by the Petitioner, stated that it had an enforceable judgment on one hand and the 1st Respondent (the Petitioner) who was presumed to be an innocent purchaser for value who had a right to have her property protected under Article 40 of the Constitution…”