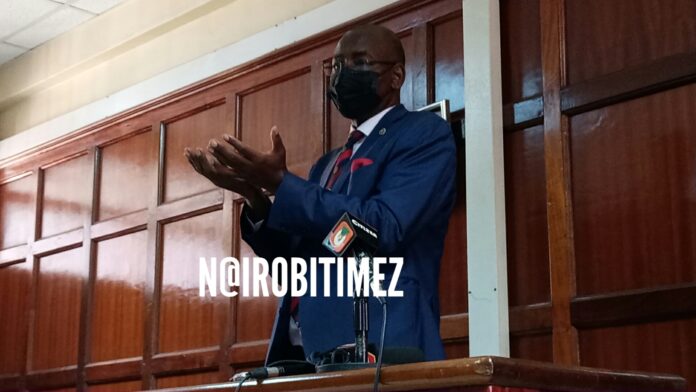 A renowned tour agent has recalled how he was denied entry to Baobab Beach Hotel on the grounds of his color and race almost a decade ago.

Duncan Mureithi Muriuki, a partner at Maniago Tours Limited told Justice Anthony Murima that he had visited the hotel to pick his clients but he was denied access.

He told the judge that he took a motor vehicle with stickers of Maniago tours in 2012 on arrival at the gate, the security personnel told him that the management does not accept black people or black visitors.

He said his attempts to ask if he could talk to the general manager or get his phone number were equally denied. He told the court “these (his clients) were two foreign ladies who had come to the country for business and could only be comfortably picked from the Hotel.”

He said that he was only told to write an email to the general manager, as he was the only one who could grant him access to the hotel.

Muriuki further testified that while standing at the gate, he could only see motor vehicles carrying white people entering the hotel.

The tour operator said he has been in the tourism industry for 26 years and was alarmed by the action and chose to file the petition for the court to determine the social discrimination that he saw at the hotel.