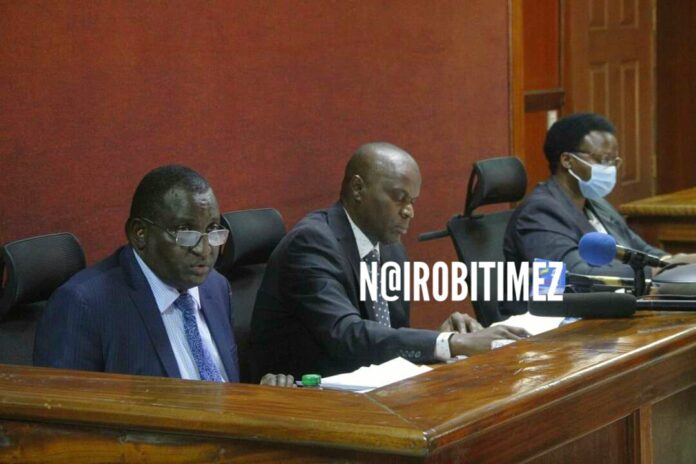 A bid by the Director of Public Prosecution Noordin Haji and the Criminal Investigation to have Deputy Chief Justice Philomena Mwilu removed from office for gross misconduct has been dealt a blow by the High Court.

This is after a three judge bench comprising of Said Shitabwe ( presiding) and Justices Roselyne Aburiri and Weldon Korir held that the DPP and DCI did not have the mandate to petition JSC for the removal of Justice Mwilu.

The judges ruled that that the reliance by the DPP and DCI on section168(2) to the effect that any person can petition for the removal of the judge was wrong. According to the judges the two state officers do not fall under that section.

The judges consequently quashed the proceedings or petitions filed by DPP, the DCI and other four petitioner before the JSC seeking the removal of the Supreme Court judge.

They said further that JSC should not entertain any further proceedings against Justice Mwilu until appeals, pending before the Appellate court, over the same issues is determined.

The court said that the evidence that the DPP and DCI intended to rely on in the prosecution of Justice Mwilu had already to have been illegally obtained by the High Court.

The judges further observed that a case against a suspect whom the DPP and DCI relied upon as having colluded with Justice Mwilu and received bribes, was dismissed by the High Court.

The DCI and DPP had recommended for the prosecution of Justice Mwilu and petitioned her subsequent removal from office in 2019.

She subsequently moved to High Court and obtained order stopping her prosecution and removal from office by JSC.