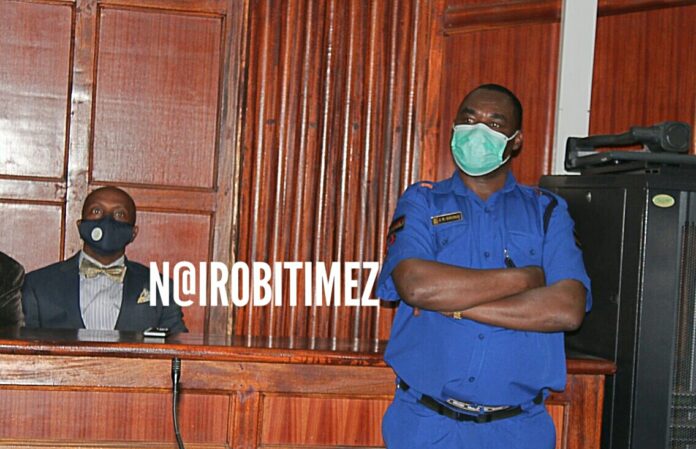 Former Tetu legislator has been charged afresh with assaulting a security guard.

Gethenji, who is embroiled in a bitter row with his sibling over an upmarket city estate is said to have assaulted Mr Godfrey Mutua, a guard at Kihingo Village in Kitisuru, Westland’s Sub-County on February 5, 2021.

The court was informed of the new charge sheet by the prosecution when the matter came for mention before Magistrate Muthoni Nzibe.

The new charge sheet contained a charge of assault causing actual bodily harm, contrary to section 251 of the penal code.

The former MP pleaded not guilty and was released on a cash bail to Sh 100,000.

The matter will be mentioned on November 30, for pre-trial.

The case was initially being handled by chief magistrate Martha Mutuku who had noted that before Gethenji took plea, the assault matter had been adjourned for a long time.

On August 23, 2021 in a brief ruling, Mutuku observed that plea taking had been adjourned several times and called upon Gethenji to answer the charges, adding: “In the event the DPP wants to terminate the proceedings he can do so at any time before conclusion of the case.”

Mutuku then released him on a cash bail of Sh200, 000, which was reviewed downwards.