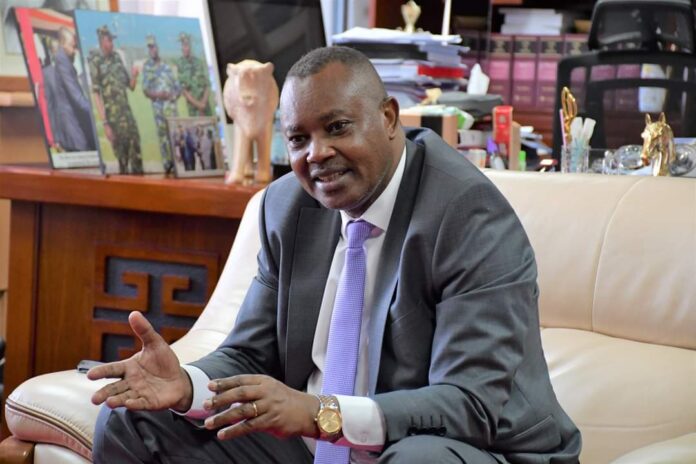 The High Court convicted Director of Criminal Investigations George Kinoti to civil jail despite his pleas that he was not custodian of the firearms he is accused of refusing to surrender to businessman Jimi Wanjigi.

In documents filed in court, the DCI boss says the firearms in question were being held by Chief Firearms Licensing officer Samuel Kimaru.

“I have read the affidavit by Maxwell Otieno wherein he deponed about the whereabouts of the Firearms in question. I wish to state my office only hold guns that have been recovered from covered from scenes of crime, police issue and not the civilian Firearms,” DCI Kinoti told Judge Anthony Mrima.

Kinoti further told the court that Wanjigi has all along cited him wrongly for the contempt of court as he do not have the firearms.

” The petitioner (Jimmy Wanjigi) has all along cited a wrong person for contempt of court as I do not have any Firearms belonging to him as the same are held by the licensing board that revoked his license” Kinoti told Judge Mrima.

While defending himself, DCI Kinoti further told the court that he had not violated any court order to warrant his sentencing.

According to Kinoti, Wanjigi should pursue Kimaru for the release of the firearms.

DCI further told the court he was aware Wanjigi’s license was previously revoked and same reinstated upon appeal and he should pursue the same avenue.

According to the letter dated January 30,2018, Jimmy Wanjigi was informed by the firearm and Licensing board Secretary Samwel Kimaru his firearm license was revoked.

“I wish to notify you in accordance with the provisions of the Firearms Act. Cap. 114 laws of Kenya that your Firearms Certificate No. 9522 issued to you on June 12,2014 is with effect from the date of this notice, rovoked as the Firearms Licensing Board is satisfied that the rovocation is warranted under section 3(5)(b) and section 5(7) of the above mentioned Act for reasons that you are unfit to entrusted with firearm anymore”, states the letter.

He was directed to surrender the Firearms and ammunition and certificate by latest February 1,2018.