Isaac Rutto (Bomet) Governors Peter Munya (Meru) and Alfred Mutua (Machakos) have all said that they are launching their own political movements.

Political parties are private ‘businesses’ owned by individuals who control and determine who will or will not be their candidate of choice.

How a candidate is ‘hand picked’ leaves much to be desired.

However, a genuine concern would be; after the merger of political parties, will holders of party tickets in 2017 be the genuine candidates or will these party owners give tickets to their political comrades.

Nominations in Kenya, many will agree have never been fair: the one nearest to the party’s top candidate gets the ticket whether it’s through botched processes or stolen innocence.

Will merging political parties then stand the test of time?

To be sincere to ourselves as Kenyans, political mergers will lock out genuinely adored candidates against the tides of “veteran” politicians.

Political parties should be vehicles to drive a national agenda(s) of its members with the aim of exerting influence on development of a nation.

Many have critized Meru Governor Peter Munya and his Bomet counterpart Isaac Ruto, however what many might not know is that they might want to join their parties after a toss by the “preferred” 2017 vehicle, Jubilee Party.

It’s a case of some politician’s burying their heads in the sand thinking they already own JP tickets in coming election. Woe unto you if you are knocked out by competing “worthy” opponents.

Allow me to remind you that Political parties in Kenya, unless you just landed from the moon do not conduct credible party nominations. Infact there are no nominations, who is who is hand picked.

Remember the infamous 1988 Mlolongo elections. Intimidation and thuggery characterized that system that was really unfair.

Remember also, it is only in Kenya where some candidates get nomination certificates days or hours before any nomination exercise is carried out.

Additionally, if you are not in the preferred political-private-vehicle the top candidate with ultimate influence will say that they ask the electorate to avoid political lone rangers because if the ‘government’ needs numbers in parliament.

However, there’s an array of hope, one can vie under an independent candidate.

Should you protect the interests of party owners and their close associates, it’s up to you to choose the best path to take.

Push for MOUs memorandum of understanding, form pre-election coalitions and support the candidate of your coalition choice, or commit political suicide by agreeing to mergers which may eventually send you to custodial exile. 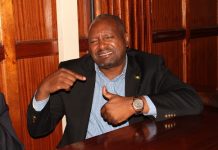 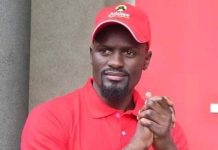 ANOTHER HURDLE FOR JUBILEE’S MARIGA IN KIBRA CONTEST.