Panamanian company Mossack Fonseca which is involved in the largest corruption scandal.

The largest corruption scandal has shaken the planet. The American International Consortium of Investigative Journalists published more than 2.6 terabytes of data and 11.5 million secret documents from the Panamanian company Mossack Fonseca; this is several times greater than Wikileaks.

The Panama Papers leak, according to whistleblowers, accuses prominent politicians of using offshore schemes, and thus indirectly indicates the presence of corruption within a large part of the world’s political elite. The investigation materials refer to the president of Russia Vladimir Putin, British Prime Minister David Cameron, Ukrainian and Azerbaijani Presidents Poroshenko and Aliyev, and even Saudi King Salman, and this is only a few of the names on the list.

The scale of the published information indicates that this is the fruit of the work of not only “independent journalists”, but also state or large private intelligence corporations. If this is so, then the new scandal has specific geopolitical objectives. Due to the large number of published documents, checking their authenticity is not possible in the short term, which means that they are open to manipulation, especially in the media sphere.

The most frequently mentioned person affected by the scandal in the Western media is, of course, Vladimir Putin. The damaging information against the Russian president is a direct attack by the ruling circles of the West, and a tool of pressure against the President and a significant part of the Russian elite.

They are forcing Russia to renounce an independent foreign policy, using the “exposure” and media hype around them as a tool. It is significant that the “independent journalists” also rushed to publish damaging material against Syrian President Bashar al-Assad and President of South Africa Jacob Zuma. The West is leading a direct war against the former, and is trying to oust the latter because of his pro-Russian and pro-Chinese stance.

But if Putin’s name is not mentioned in the published documents, and if the “evidence” gathered against the Russian president is indirect, two other post-Soviet leaders, Ilham Aliyev and his family, and Petro Poroshenko, are mentioned directly. It is significant that on the eve of the publication of the material, Aliyev, during his visit to the United States, decided to launch a war in Nagorno-Karabakh. Coincidence? I do not think so. Aliyev and Poroshenko’s inclusion in the Panama Papers is a sign that the West now holds the leadership of these countries on a short leash.

Let’s see who else appears in the published documents; the list is very interesting. There are Saudi King Salman, the current pro-American President of Argentina Mauricio Macri, as well as former presidents of the country Cristina and Nestor Kirchner, who on the contrary were against US hegemony, the father of British Conservative Prime Minister David Cameron, the former Emir of Qatar and current President of the United Arab Emirates, the former Prime Minister of China, and several other large Chinese officials. At first glance, it is strange company; who is the major global player in the world who is playing against them all?

This is not the pattern of US intelligence, or rather, not only the US intelligence services. This person has to be globally influential, anti-Russia and anti-Putin, anti-China, must project negative sentiments towards authoritarian Arab monarchies and right liberals such as Cameron and left-liberals like Macri. Someone very much like George Soros.

The International Consortium of Investigative Journalists is a project of the American liberal Non-Governmental Organization Center for Public Integrity. It is the largest American non-profit organization that is dedicated to investigative journalism. In 1996, it launched a campaign against paleo-conservative US presidential candidate Patrick Buchanan, which was performed by Soros to force his withdrawal from the electoral campaign.

The United States Center for Public Integrity and the International Consortium of Investigative Journalists participate in a multi-year media war, which Soros launched against the Koch-brothers, billionaires associated with right-wing Republican circles. Periodically, during the campaign, Soros’ journalists were convicted of outright fraud, violating US law, and distorting facts.

The nature of the majority of exposés of the Consortium of Investigative Journalists shows that this structure primarily serves as a propaganda tool in the hands of Soros. For example, see the anti-Koch brothers and EU leadership-directed Luxembourg leaks. After Soros started the game against the Swiss franc, “independent journalists” investigated “money laundering” in Swiss banks.

Interestingly, Heinz Endowments, headed by wife of US Secretary of State Teresa Heinz Kerry, was previously listed as a sponsor of both structures. Soros once financed her husband when he was a candidate for the post of US President (as well as Obama and Hillary Clinton today). So, the connection between the current administration and the financial speculator is very strong. Do you remember Kerry’s mysterious suitcase at his recent visit to Moscow?

The list of the world leaders that have fallen out of favor shows that the offshore scandal is the result of a public-private partnership. All persons involved are Soros’ opponents, but when they are also the US’ geopolitical enemies, the most serious charges are put forward. On the contrary, in the case of Cameron and Macri, it implicates their family business, and at first glance is not related to their work as leaders of their respective countries.

Liberal Left figures associated with Soros himself, who actively use offshore companies for financial speculation, do not appear anywhere on the lists.

When Soros bought Kerry, and is currently buying Hillary Clinton, massively investing in their campaign budgets, or gives money to the US Democratic Party, it is not considered corruption as well as dark schemes that liberal politicians use worldwide.

Interestingly, the new revelation of the century is directed primarily against the politicians. In essence, it massively discredits the global political class as such. The liberal ideology of Soros’ “Open Society” aids the rejection of politics; it is replaced by economic transactions and deals. The final barrier, in some cases a barrier to the establishment of the power of money, is liquidated.

That is why Soros, for example, is funding leftist movements directed against the political establishment across the world, and the aforementioned Pierre Omidyar, another sponsor of the Consortium of Investigative Journalists, has put forward the project of a post-political world. 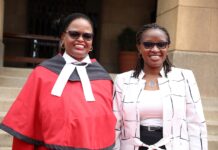