The IEBC should conduct fresh elections with strict adherence to the principles and regulations set out in the constitution; this is not a request but an order by the Supreme Court of Kenya.

Now, if it is an order then, what role should IEBC, political parties with their preferred candidates and key election stakeholders’ play? Allow me to answer this question in four ways.

1. Whose exercise is it?

This is through binding, documented and outlined plans, processes, freedoms, limitations and laws. Therefore, the election slated for October 17 2017 is the sovereign will of the people as documented in the constitution.

It paramount to understand that holding an election is an exercise that has been mandated to the IEBC by the people of Kenya in their sovereign will that is the constitution. So, the people of Kenya are supreme and thus this exercise belongs to Kenyans not what politicians have made the people to believe that it is all about them. I reiterate, the exercise belongs to Kenyans and IEBC is the mandated body, hence should follow to the latter all that is outlined in the constitution.

2. Who should handle the exercise?

Allow me to take you back to the sovereign will of the Kenyan people that is the constitution. The constitution states in uncertain terms that the Independent Electoral and Boundaries Commission is the only body mandated to conduct elections in Kenya.

There have been calls for the UN to come in and help Kenya hold its elections. On the UN Electoral Assistance portal most of its (UN) work is focused on technical assistance to national authorities administering elections which involves offering security, technical advice on the reform of electoral laws and the establishment of procedures to ensure the vote is safeguarded, logistical support such as distribution of ballot materials and public information and voter education assistance. One of the factors that precipitate this occurrence is civil war which is not the case in Kenya. Example of a country that the UN helped conduct election is the South Sudan.

Kenya is not in conflict, but is having parties with diverse opinions on whom or what should be done to ensure a true representation of its sovereign will. As earlier alluded to, the Supreme Court order was binding to all parties.

It ordered that the 1st respondent in the case- the IEBC should hold fresh polls in accordance with the stipulated laws and regulations within 60 days. It can thus be interpreted that the court asserts the power of conducting elections on the IEBC and as such no other body should conduct elections. So, the IEBC should conduct fresh elections unless otherwise stated in the express order of the Supreme Court.

3. What guides the exercise?

The exercise of conducting elections is a mandate bestowed on the IEBC. The constitution, the Electoral ACT, legislations, regulations must guide the process.

The exercise is made up of processes before, during and after elections. The IEBC is the only body mandated with management of the whole election exercise. Structured talks, agreements, stakeholder involvement can only fortify what the constitution expressly states not adding, subtracting or removing anything on the constitution. This can only be possible if there are willing and good will participants. No chest thumping can alienate this role from IEBC.

4. What is the role of participants?

Allow me to categorize all participants in the election this way.

These are the people directly involved in the election; the people who will run for the Presidential office on October 17 2017, them being President Uhuru Kenyatta with his running mate Deputy President

William Ruto and Mr Raila Odinga with his running mate Kalonzo Musyoka and lest you leave out their respective parties.

UhuRuto with their battalion have opted to take the spectator role in demanding for electoral reforms. Deputy President in his address to the media after a meeting with IEBC at the Anniversary Towers Headquarters in Nairobi said that IEBC should be allowed to handle the election without interference. He also called on the opposition to give the IEBC time to carry out its duty.

The opposition on the other hand has taken an active role in demanding changes in the electoral body. In their rallies, they have called out on specific officers not to participate in the election. They say that if their demands are not met then they will not boycott the election but there will be no election.

What should IEBC do?

This role played by both parties border on the independence of the commission and the judgment of the Supreme Court. Without the judgment, IEBC may not know which laws they never followed. It is not about illegalities that NASA petition outlined but the laws that IEBC forfeited.

According to the brief decision of the court, Chief Justice pronounced that the law was not followed and as such nullified the election. This is to say that the decision was not on the basis of the allegations held by NASA but specific laws that were not considered or overlooked. This is the reason why the court found no culpability on the third respondent President Kenyatta.

Other election stakeholders are mandated to offer advice, observe the credibility, transparency of the exercise and offer unfettered assistance when called upon. They include accredited observers, foreign missions, the church, civil society and the government. 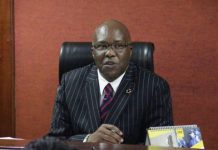 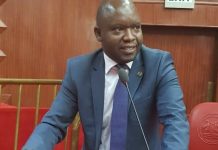 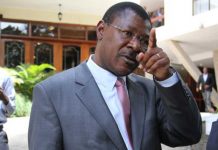