He alleges the two jointly in diverse date between September 17 and 26 have knowingly made public utterances to effect that their will be no presidential elections across the country scheduled for October 26.

He claims the two principles utterances violates both constitution and the election offences Act when they purport to declare and announce to the members of public that the said presidential election set for October 26 will not take place .

According to the letter the utterances were broadcasted and captured in the several websites.

“Institutions can’t reform if they are led by people opposed to reforms. Kenyans are coming for you..Salvage what you can and run, there will be no election with you in office” letter quotes.

The officials include Abdi Guliye, Boya Molu, Ezra Chiloba , Marjan Hussein Marjan, Betty Nyambuto, James Muhati, Praxedes Tororey who has since resigned from from the commission and Immaculate Kaddait from conducting their normal and lawful duties at the commission.

He further argues that the NASA leaders’ demand for dismissal of several IEBC officials amounts to intimidating the electoral body and rendering it incapable of conducting the repeat election.

“Obviously, the object of such attacks on these IEBC officers is to pile emotional and peer pressure on the said IEBC officers (to) resign and weaken the capacity of the IEBC from contacting the October 26 presidential election.”

Kiguru said, in the duoâ€™s estimation, such attacks will subject the commission and the outcome of the repeat election to public contempt, ridicule and rejection should the officials refuse to resign and conduct the fresh election.

Raila has called for the sacking of 11 officials of the electoral agency ahead of the elections accusing them of rigging the August 8 poll in favour of President Uhuru Kenyatta.

The letter was received by DPP office. 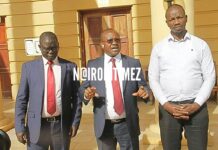 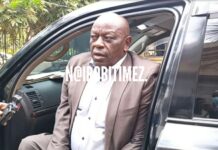 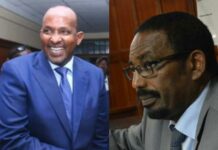