“The respondents by its decision rendered on 8th January is challenged on very serious jurisdictional breaches and substantial legal grounds as detailed in the statutory statement,” reads the court documents.

CBK argues that PPARB in rendering the said judgement acted ultra-vires by law by allowing a request for review that was filed out of the statutory period of 14 days.

De La Rue Through the company’s group commercial Legal Director Douglas Robert William Denham argue that the review board made a decision without regard to several relevant matters that were brought to its attention and as a result , it arrived at a wrong and an unreasonable decision.

“The respondent’s decision is erroneous and unlawful. It is based on a misapprehension on the relevant law,”…

De La Rue claims that the Board does not have jurisdiction to hear determine the request of Review filled out of time by a party that was not a bidder.

CBK on 30thNovember last year awarded a tender for the printing and supply of bank notes to the De La Rue International Limited.

However on 19th of December 2017 Crane Ab requested for review of the tender at the Public Procurement Administrative Review Board challenging CBK decision to award the tender to De La Rue.

Upon hearing of the said request the PPARB on 8th of January –this month rendered its judgment and allowed the request for review of the tender and annulled and set aside CBK decision awarding the tender to De La Rue Limited.

CBK claim that the tenders were evaluated and on 30th November 2017 CBK issued a notification letter to Crane Currency informing them that their bid was not successful and that the tender was awarded to De La Rue International Limited.

The procurement Board ruled that CBK violated the law by applying a 15 per cent margin preference meant for local firms to favor De La Rue International Limited, which is registered in the UK.

“A declaration be and is hereby issued that De La Rue International Ltd was unlawfully awarded tender for printing and supply of new currency and that the application of 15 percent preference margin in its favor was unlawful and the award is therefore annulled,” PPARB chairman Paul Gicheru

CBK was also directed to undertake afresh evaluation of all tenders submitted to it by all the four bidders who participated in the process within 14 days.

The board’s decision was in a case by Swedish firm Crane AB that was the least evaluated in price which accused CBK of flouting the law and lack of transparency in awarding the lucrative deal to De La Rue International Ltd. 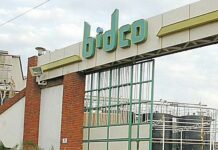 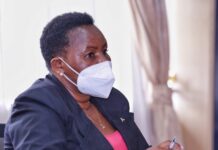 JUDGE PULLS OUT OF NOKIA CASE AFTER ACCUSATION OF BIAS.