Members of the public in Laikipia North Sub County on Friday danced and laughed with police boss Mr Joel Otii for making their region banditry free.

Community spokesperson, Mr Wilson Sentaloi, during Otii’s farewell party held at Ilpolei said that their region has had reduced cases of insecurity achieved during the tenure of the outgoing police boss.

“There has been very high level of cooperation between Otii’s office and members of the public, which has resulted to improvement of security,” he said.

The community welcomed the incoming police boss Augustine Mukunzi and assured him of their total support as they strive to make the area crime free.

When he arrived in Laikipia North on November 2015, the police boss said that security was so bad especially in Mukongodo east in areas of Tasia and Ilgwesi.

It was after several meetings with the late Interior CS Joseph Nkaiseery that it was agreed that Otii works with trusted locals to end insecurity.

An agreement was reached with the National Government that some of this locals be issued with guns after vigilant vetting to help bring sanity in the area.

Laikipia North is prone to cattle rustling which mostly occurs during times of droughts where armed herders from the neighboring counties of Isiolo, Baringo and Samburu illegally drive their livestock into Laikipia.

The illegal herders forcefully invade private lands to graze their cattle and take away any livestock they come across.

Mr Otii said that through the efforts of the National Police Service (NPS), County Government of Laikipia, local ranchers and conservancies and Laikipia North Member of Parliament (M.P) Sarah Lekorere, more than 300 police reservists have been trained and equipped with firearms to help deal with matters of insecurity.

Laikipia Deputy Governor John Mwaniki appreciating the outgoing police boss through his Personal Assistant, Peter Mumbiko, said that Laikipia is focused on ensuring that all residents are secure.

He also said the county will continue with police reservist program to supplement the services rendered by the National Police service.

Assistant County Commissioner (ACC), Eliud Ndung’u described the otgoing police boss as an outstanding civil servant and wished him well in his retirement. 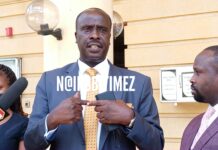 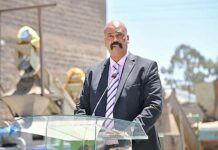 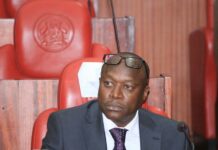 PROPOSED NAIROBI DEPUTY GOVERNOR TO WAIT A LITTLE LONGER FOR COURT TO DECIDE HIS FATE.