A witness in anti graft case against Busia Governor Sospeter Ojaamong, has denied having recorded statement with Ethics and Anti corruption commission.

Former acting sport and culture CEC Grace Matinde Mchuma, told trial magistrate Douglas Ogoti, that officer from EACC only questioned her about the procurement of the solid  Waste management and asked her to sign what he had recorded.

She recalled having attended the 44th executive committee meeting on 7 May 2014 where  Solid Waste Management was discussed and adopted by the Cabinet.

“Actually I was asked questions and the person who was asking the questions is the one who recorded statement then signed” said the Grace.

While being cross examined by the defence lawyer James Orengo and Dunstan Omari, she said  that the County Government  indeed entered and signed   Memorandum of Understanding with. Madam R. enterprises, the  company that was to offer services.

She further said the decision to award the tender was unanimous decision of the Busia county Government CEC.

Governor  Ojaamong and five others  members of County  executives  have been charged  with conspiracy to defraud the county  of Sh 8 million by , engaging in projects without proper procurement process.

The charges against them states that on diverse dates between March 15 and September 25,2014 all the accused persons conspired to defraud the Busia county government of Sh 8 million by entering into an agreement for a feasibility study on solid waste management.

Prosecution alleges that they engaged a company known as Madam R Enterprise to conduct a feasibility study on waste management, yet it had not been budgeted for.

Ojaamong alone is  charged that on or about April 7, 2014 in Berlin Germany, being the governor of Busia county intentionally engaged in a project namely a feasibility study on integrated solid waste management project by entering into a Memorandum of understanding with Madam enterprises Ltd without a prior planning.

Last week prosecution suffered a setback, after a witness was stood down following denial that he did not record statement to indict  the  governor.

Mr Nicodemus Mulako who is Busia County Secretary, told trial magistrate  Douglas Ogoti that  the statements  being shown by the prosecution was not recorded by him.

The statement dated 7 May 2014  was not recorded by the  witness, who said  that by then he had joined the County government.

The  defence team led by  James Orengo and Dawson Omari, told the  court that  the  witness cannot by law be allowed to testify using  unsigned statement and was not recorded by him.

They  said that  the witness has said he had not joined the County when the alleged statement was recorded. 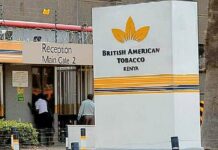