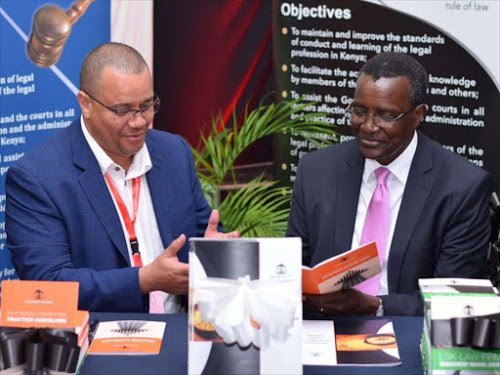 The lawyers’ umbrella body said in a statement the Director of Public Prosecution Noordin Haji should withdraw the charges unconditionally. Through its President Allen Gichuhi, LSK said if need be, they would lodge a complaint on the matter through constitutionally mandated bodies charged with handling matters of such nature.

LSK further said the action taken by the DPP to prosecute a judicial officer while exercising their judicial function, by directing that exhibits be stored by judiciary, is ultra-vires, unconstitutional and threat to judicial independence.

Article 160 of the constitution state that, a member of the judiciary is not liable in any action or suit in respect of anything done or omitted to be done in good faith in the lawful performance of a judicial function.

The society further reiterated that the extent that the charge seek to challenge the decision of the magistrate with respect to storage of the exhibits remains unconstitutional.

LSK also noted the disregard of court orders issued yesterday by the High Court in Mombasa, directing the release of the embattled magistrate on a cash bail of 100,000 pending hearing and determination of a petition filed on his behalf.

“The action portrays the office of Director of Public Prosecutions in a negative lights and sets a dangerous precedent. It also places unnecessary hurdles to our members in their discharge of professional duties as it hampers their efforts to obtain immediate compliance to the court orders”, added Gichuhi.