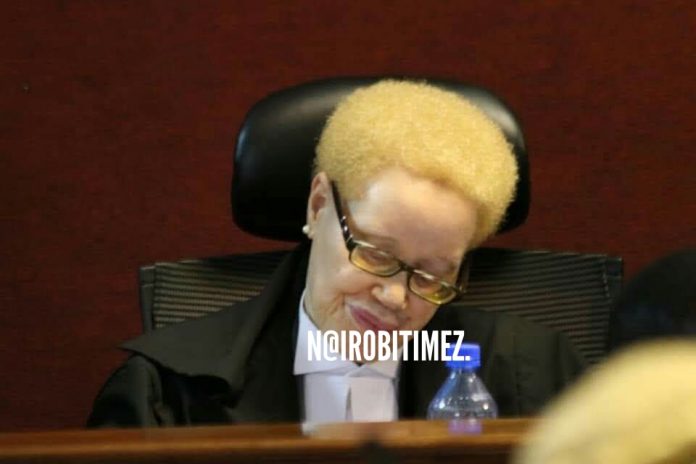 The High Court has ordered a house in Kasarani and a plot in Juja belonging to a former employee of National Youth Service (NYS) be forfeited to the government through Asset Recovery Agency.

This is after made decision that they were purchased using funds stolen from the agency.

High Court Anti-Corruption udge Mumbi Ngugi also forfeited to the government four Toyota Prados belonging to some of the suspects facing charges, over the loss of Sh791 million at NYS.

The maissonette in Kasarani belonged to Sam M. Mwadime, a former finance director at NYS and (AIE) holder at the agency.

In her decision, the judge noted that despite the right of property being guaranteed under the constitution, the same constitution under Article 40(6), such protection does not extend to property that is acquired unlawfully.

“Should this Court find that the property the subject of the application was acquired from proceeds of crime, then an order for forfeiture does not violate the respondents rights to property” added the judge.

Court documents showed that a key suspects in the scandal, Josephine Kabura Irungu wired Sh40 million to Mwadime’s account in family Bank on two occasions in 2015.

He allegedly used some of the money to purchase the house worth Sh21 million from Tirus Mutoru in 2015. He paid the money in several instalments and transferred the house to his wife Susan Mkiwa Mdanyi.  The plot was valued at Sh3.9 million in 2015.

Judge Ngugi said that the agency had demonstrated a complex scheme of money laundering involving Ms Kabura, one of the key suspects in the scandal, who fraudulent payments from the agency.

The four Toyota Prados were purchased and registered in the names of relatives to conceal the identities of the suspects.

“From the facts presented by ARA, which have not been controverted, the assets in issue were purchased using funds stolen from NYS. All show a complex scheme of money laundering contrary to the law,” the Judge said.

The Judge noted that there were movements of funds from NYS accounts to Ms Kabura’s accounts, and which ended in the accounts of the suepcts.

The judge further observed that facts by the ARA for the forfeiture were unchallenged and the respondents didn’t file response to the application despite them being served with the application to give them chance to defend the source of their wealth.

Through senior state counsel Mohammed Adow, ARA said they received information on the loss of Sh791 million from NYS. The complaint was made by former Devolution CS Anne Waiguru, who claimed that the theft was perpetrated by public officials, some of whom have been charged.

Adow told the court that it was fair and just that the said property which are proceeds of crime should be forfeited to the government and applied for the public good on behalf of the people of Kenya who are the victims of the crime committed by the suspects.