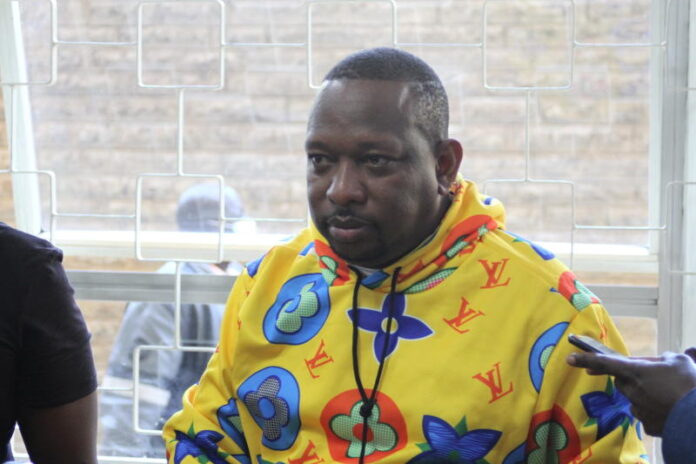 A trend is emerging where the state has been fishing out a case that was quashed in 2001 in a bid to keep former Nairobi governor Mike Sonko behind bars.

Sonko, who is currently in hospital, while awaiting hearing of an miscellaneous application where state alleged to be investigating him over terrorism, he said the prosecution has been bringing out the case which was quashed by the High Court two decades ago as one of the reasons to deny him bail.

He said he is aware that the state has always wanted to resurrect the criminal cases against him and claims that he escaped from Shimo La Tewa Prison.

But according to Sonko, the case was quashed by Justice Samuel Oguk in 2001, adding that the objective of resurrecting the cases is to extinguish his political career as opposed to prosecuting cases for public interest.

He said he served his prison term at Shimo La Tewa, but the state always brings up the matter whenever they want to harass him.

The case was cited by the prosecution while opposing the release of the former city boss when he was charged with corruption before a Milimani court.

The same case was cited when the prosecution opposed his release on bail before a Kiambu court when he was charged with assault among other charges.

Sonko’s political influence and that of his supporters has also been used by the state to intimidate him especially while opposing bails against him.

The State has on several occasions mentioned his strong political influence and conduct of thousands of his supporters as another reason to deny him bail.

And when he released him on bail in 2019, chief magistrate Douglas Ogoti warned him that he risked the cancelation of his bail terms, if he does not restrain his supporters from causing chaos.

The prosecution claimed that Sonko was convicted in March 1998 for failure to appear in court in the hearing of two cases and was sentenced to pay a fine of Sh500,000 and Sh200,000 respectively or serve six months imprisonment for each.

The Prosecution had argued that Sonko later escaped from lawful custody while undergoing treatment at the Coast Provincial General hospital ward, number six.

When he appeared before a Kiambu court, the prosecution made the same argument and urged the trial magistrate to deny him bail, because “he can jump bail”.

“From the annexures to the affidavit, the prosecution seeks to show that the accused person escaped from ward no. 6 at Coast General Hospital way back in 1998, having been admitted there on account of illness,” the prosecution argued in Kiambu.

However in ruling of both the courts Millimani and latest Kiambu the courts dismissed the state applications and stated that Sonko appealed against the jail term in appeal No. 80 of 2001 and the sentences imposed on him were quashed by the late Justice Oguk.

Since his arrest two weeks ago, Sonko has been put under tight security and escorted to various courts under tight security, a treatment meted on him and not to other governors who have fallen out with the government and are facing similar of even more serious charges like murder.