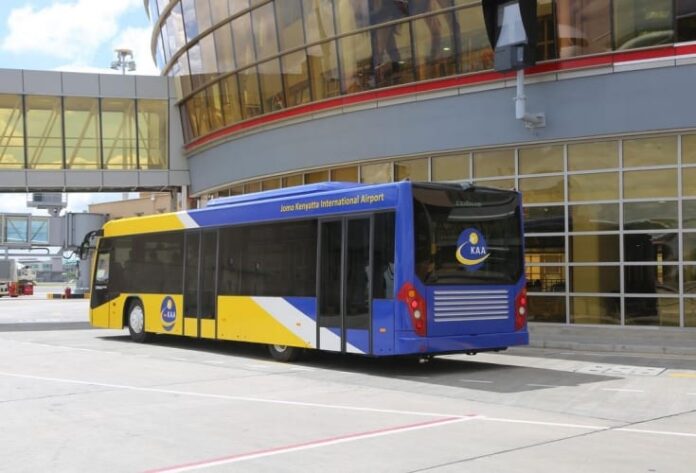 A bus company has been awarded over Sh151 million over breach of contract by the Kenya Airport Authority (KAA).

The agency will pay Sh. 151,604,153 million and the amount will attract compound interest of three percent per award.

In a decision by Sole arbitrator Allan Gichuhi ordered KAA to pay Reliefs & Mission Logistics limited the millions after finding that the agency breached an agreement with the firm.

Gichuhi declared that the termination of the April 7, 2014 contract by KAA was unlawful. The arbitrator said KAA breached the concession agreements causing losses to the logistics company.

Relief & Mission Logistics limited had won the tender of transferring passengers at the Jomo Kenyatta International Airport for a term of eight years.

After being notified of winning the award, the firm and KAA executed the agreements for the provision of passengers transfer Services at Kenya’s biggest Airport for a term of eight years.

The logistics company said it imported five apron buses and commenced the performance of it obligations under the concession agreements and rendered its first billing on November 28, 2014.

However, on May 24, 2015 the firm was advised to cease the operations and the contract was eventually terminated on June 5, 2015.

The bus company argued that KAA breached the concession agreements causing it to suffer financial and reputational loss.

But according to KAA, the concession agreement was terminated on grounds of public interest.

KAA further submitted that it was under obligation to forestall any and loss of public resources.

Relief and Mission Logistics added that it was exonerated by Ethics and Anti-Corruption Commission in its gazette notice of December 2, 2016.

“Both procurement and concession agreements were not contrary to public interest, wasteful of public resources or contravention of the constitution,” said the company.