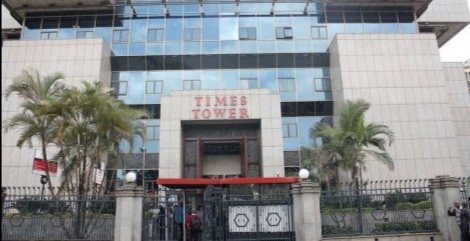 A state agency at the centre of multi-billion Itare Dam contract in Nakuru County has been ordered to pay Kenya Revenue Authority Sh 643 million worth of taxes.

In a ruling delivered by a Nairobi Tax Tribunal ordered Central Rift Valley Water Development Agency (CRWDA) which had contracted Italian firm CMC Di Ravenna to construct the multibillion Itare Dam in Nakuru to pay the tax arrears after rejecting it’s appeal to stop it from paying the taxes.

“The Appeal be and is hereby dismissed. The Respondent’s objection decision dated May 14, 2020 confirming an assessment for the sum of Sh. 643,394,426.00 be and is hereby upheld in its entirety”, ruled Tribunal.

They that found that the agency assessment was proper in law and their appeal lacks in merit.

The Tribunal further found that KRA was therefore well within its rights as the assess or tax obligation in his assessment against the said state corporating adding that it was supposed to withhold tax from the management and professional fees to the contractors.

“In any event, by failing to include the withholding taxes due the Appellant (CRWDA) herein fell into error. The Respondent (KRA) is therefore well within its rights as the assessor tax obligation in his assessment against the appellant; that the appellant was supposed to withhold tax from the management and professional fees to the contractors, “held the tribunal.

The Mahat lead tribunal also dismissed the argument by the state agency that the project was exempt from withholding tax as baseless, because there was no evidence that the exemption was granted by the Treasury.

Central Rift Valley Water Development Agency had argued that it was not responsible for the preparation of payment vouchers and as such, it would have nothing to return to KRA since it was not in control of the funds.

The agency had entered into a separate contract with CMC Di Ravenna for the execution of the Itare Dam Water supply and the Belgian company in May 2015.

KRA stated that CMC Di Ravenna was not exempt from income tax, a position confirmed by the Treasury in a value added tax master exemption letter.

The taxman further said the services offered under the contracts for the two projects were in the nature of management and professional services as defined under the income tax act.

Tribunal added that the appellant upon being invoiced will begin processing the payment by preparing payment certificates, which should include as we have said the amounts due to the contractor and the amount to be withheld.