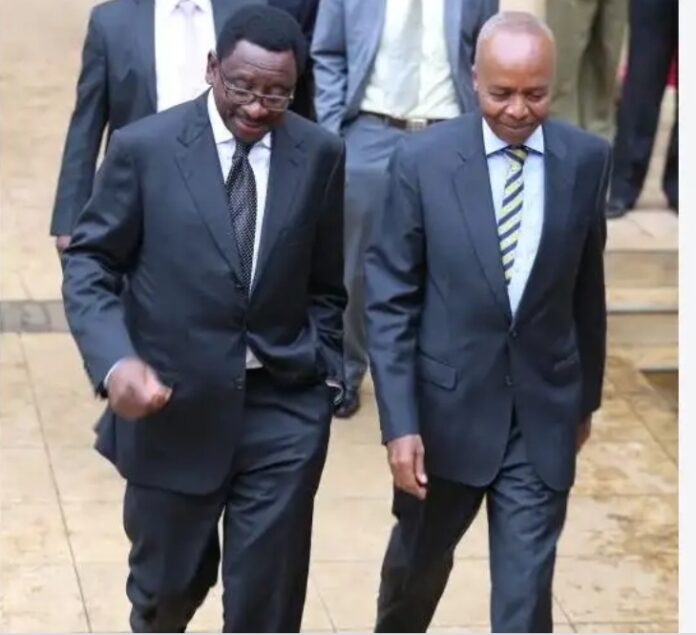 Under certificate of urgency, the DPP wants argues that the continued representation of Kamau by Senator Orengo in the trial raises questions of conflict of interest and violation of chapter 6 of the Constitution.

Haji cited conflict of interest by the senator who also plays a legislative role under his capacity as Senator.

He also said Orengo represents the people of Siaya County in Parliament as their Senator and he is the Minority Leader of the Senate and as such, a State Officer who occupies a position of trust by virtue of his office.

“Sen Orengo is bound to ensure that all State organs, State officers, public officers and all persons whenever they make or implement public policy decisions, they should observe good governance, integrity, transparency and accountability and in doing so the respondent (Orengo) is expected to exercise authority conferred upon him in a manner that is consistent with the purpose and objects the Constitution,” said Haji.

Through Senior Prosecutor Vera Omollo, Haji claim that the trial Magistrate declined to certify the matter urgent hence allowing the continued representation before dispensation of the application seeking to bar representation of the Kamau by Senator Orengo.

“The order by the trial court to proceed with the hearing of the criminal case no.7 of 2018 before a determination on the pertinent issue of conflict of interest in the Representation of the interested party by the Respondent is incorrect, illegal, improper and in violation of chapter 6 of the Constitution and section 26 of the Leadership and Integrity Act,” she submitted.

She added that if the application is not immediately disposed of, it will defeat the ends of justice because the trial is coming up for hearing.

According to Vera, application raises fundamental questions of law that require immediate determination since the practice we intend to curtail threatens the ongoing war against corruption thus the need to dispose of the matter urgently.

The matter was mentioned before Justice James Wakiaga.