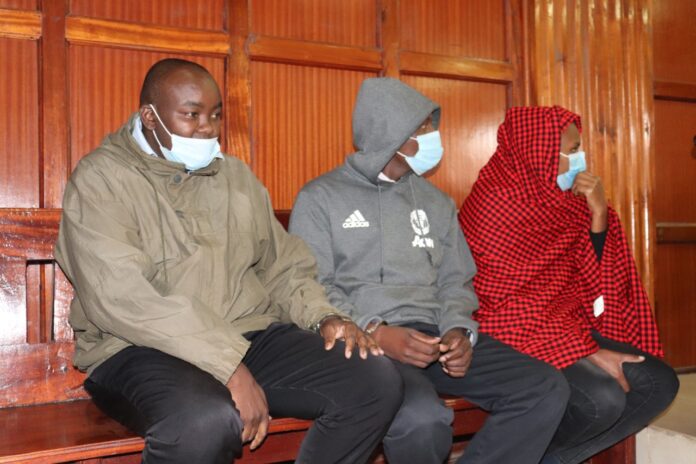 Six police officers charged with the murder of two brothers at Kianjokoma in Embu County have been freed on cash bail.

High Court Justice Daniel Ogembo directed the police officers to deposit cash bail of Sh300, 000 each or alternative bond of Sh3 million plus one surety each, to secure their freedom.

They are accused of killing Benson Njiru and Emmanuel Mutura on the night of August 1, after being arrested over violation of curfew order.

The judge said Mputhia who resides in Chuka should stay away 10 kilometers from Kianjokoma.

In the ruling, the judge said before their release, the six accused persons should provide their addresses and where they will be residing pending the determination of the trial.

He also directed the matter to be mentioned before the presiding Judge Grace Nzioka November 8 for directions as to the hearing date.

Law Society of Kenya, and a group of civil societies as well as Independent Policing Oversight Authority (IPOA) had urged the judge to deny the police officers’ bail arguing that they will interfere with the case. The Judge, however, dismissed the objections raised by the lobby groups.

The deaths of Emmanuel (19) and Njiru (22) caused mass protests, which led to the death of one person and destruction of a police post and vehicle. The officers were later arrested but they maintained that the brothers jumped from a moving vehicle.