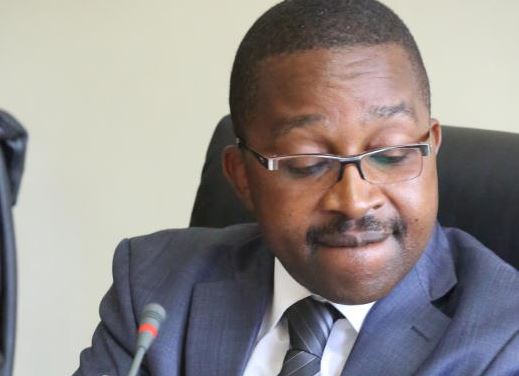 Justice Esther Maina barred Governor wa Iria and his associates from transferring the said properties, pending the determination of a petition filed by Ethics and Anti-Corruption Commission (EACC).

“An interim injunction order be and is hereby issued restraining Francis Mwangi Wa Iria, Value View Kimani and Jane Waigwe Kimani their agents, servants or any other persons from alienating, selling, charging or further charging, leasing, developing, sub-dividing, wasting, transferring, disposing or in any other way dealing with the parcels of land known as Nairobi Block 83/14/309 located at Umoja Innercore in Nairobi and LR. No. Mweiga Thungare /Block II/Therange parcel number 762 measuring 13 acres”, ordered Justice Maina.

EACC said it has been investigating allegations of corruption, procurement irregularities and conflict of interest regarding media buying contracts awarded to Top Image Media Consultants ltd, by the County Government of Murang’a.

According to court documents, EACC has concluded investigation and established that between 2013/2014 and 2016/2017, the Top Image Media consultant ltd was awarded media buying tenders through requests for quotation and through a framework agreement dated October 23, 2014 in breach of procurement rules and abuse of office on the part of Muranga County Secretary Patrick Mukuria.

The commission claims that wa Iria held an interest in the said contracts awarded to Top Image Media Consultants ltd, in conflict of interest contrary to the provisions of Section 42(3) of the Anti-Corruption and Economic Crimes Act, 2003.

The contracts aforesaid having been procured through breach of procurement procedures, abuse of office and conflict of interest.

The commission further adds that investigation revealed that wa Iria received benefits or kickbacks from the company through bank transfers, cheques and mobile transfers amounting to Sh13.8 million, which it now seeks to recover.

It was further established that Karanja- wa Iria’s personal assistant- also received funds from Top either for his own benefit or for the benefit of the Governor.

“The Plaintiff pursuant to its mandate also claims the entire contract sum of Sh542,610,615.15 as proceeds of an illegal contract and also seeks to recover the amounts paid to the 3 rd to the 8th Defendants from money paid by the County Government of Murang’a,” EACC says in the court documents.